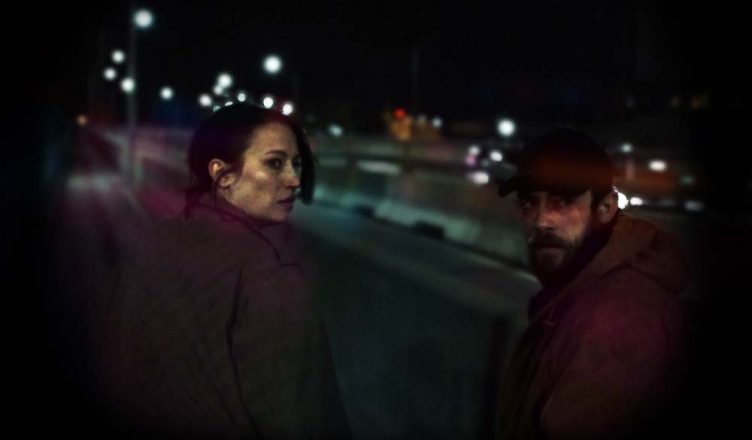 Daphne and Wilson are sister and brother. Each have had it tough in life. Really tough. Not the least of their issues manifests in the mystery of a relentlessly terrifying stalker who refuses to leave them be. Who is it? What is it? And what could possibly be driving this deranged game of cat and mice?

I have wandered amidst the wondrously warped world of indie filmmaker Perry Blackshear before. His directorial feature debut, 2015’s “They Look Like People”, is an ambitious low budget stunner. Now Blackshear is back for more of the same, sort of, with his new mental maze, “When I Consume You”.

The co-leads are equally exceptional. Libby Ewing and Evan Dumouchel (who also registers a powerful performance in “They Look Like People”) heartbreaking embodiment of painfully co-dependent siblings is equal parts touching as it is gut-wrenching to witness.

It is at times a daunting task to determine what Blackshear is showing us, or what in the hell it even means? Always one to be challenged by my flicks, I find this largely acceptable, if not occasionally befuddling.

Is there an easy answer?

Though never made entirely clear, there seems to be some manner of diabolic demonism (like there’s any other kind?) taunting and torturing these two siblings. But it may actually be more complicated and multifaceted than that.

As we are led along a prickly path in “When I Consume You”, there are other clues and backstory expositions introduced to us that certainly suggest other possible fatalistic forces at work here. Among these are the ravages of substance abuse, severe mental illness and persistent PTSD in the wake of childhood abuse and molestation.

Or this. These are souls so fragile that the task of everyday living completely overwhelms. Simply existing as a member of the human condition is too much for them to cope with. Ostensibly, they have been introduced and thrown out into a world that wasn’t meant to have them in the first place.

A helpless, hopeless, “What if?”

I wrote this in my review of Blackshear’s initial full-length production operating at the helm:

If “They Look Like People” is any sort of indication, this is a crazy creative talent we’ll be seeing and hearing a lot more from in the years to come.

My position has not changed in any way but one.

It is now more firm in resolve.

His directorial feature debut, 2015’s “They Look Like People”, is an ambitious low budget stunner. Now Perry Blackshear is back for more of the same, sort of, with his new mental maze, “When I Consume You”.