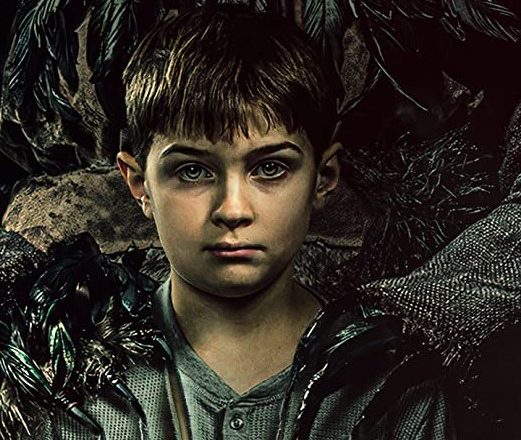 The soon to be widely available psychological horror film “The Secret of Sinchanee” marks the directorial debut of actor Steven Grayhm (“The Five People You Meet in Heaven”, “White Chicks”).  The veteran movie, TV and stage performer also wrote this unsettling story of an insomniac tow truck driver who returns to his childhood home after the untimely death of his father.  He soon discovers that a paranormal presence has been living in the house and haunting the sacred tribal land it was built upon.

Also co-producing and co-starring here, Grayhm takes on a ton to tackle for one player and one flick. And were he a linebacker, one might say that this gamely gung-ho guy succeeds here in blasting the ball carrier, locking up and pounding his tuchus into the turf.

‘Cuz he nails the sucker.

As with so many first-time filmmakers, “Secret” stood to wield even more wallop by benefit of trimming down from a nearly 120-minute run time.

Okay, it’s a perpetual pet peeve.  Yeah, like you don’t have one (or five).

Be that as it may…

what is presented in this production will both creep you the f out while at the same time jarring you to think.

And in a feature film world mired in mind-numbing vacuous vehicles, there’s always time for flicks with such ambitious mix.

Messages mined among The Macabre

While ominous as all hell, “Secret” also touches on the callous injustices pioneers perpetrated upon indigenous American peoples, the insidious plague of PTSD infesting far too many of our military heroes plus parents making it work after mom and pop’s relationship wrecks face first into the rocks.

This is Steven Grayhm’s baby, baby.  Dude is all in.  Doin’ it all but pushing the popcorn ain’t for pansies, pal.

It’ll be damn interesting to see where this enterprising filmmaker’s career leads.  All indications are Grayhm’s got the chops to endure.

And if this wasn’t heretofore widely known already, consider yourself now in on the secret.

I invite you to enjoy all of my eclectic film reviews as “The Quick Flick Critic”, continually updated at https://thequickflickcritic.blogspot.com/

While ominous as all hell, “Secret” also touches on the callous injustices pioneers perpetrated upon indigenous American peoples, the insidious plague of PTSD infesting far too many of our military heroes plus parents making it work after mom and pop’s relationship wrecks against the rocks.