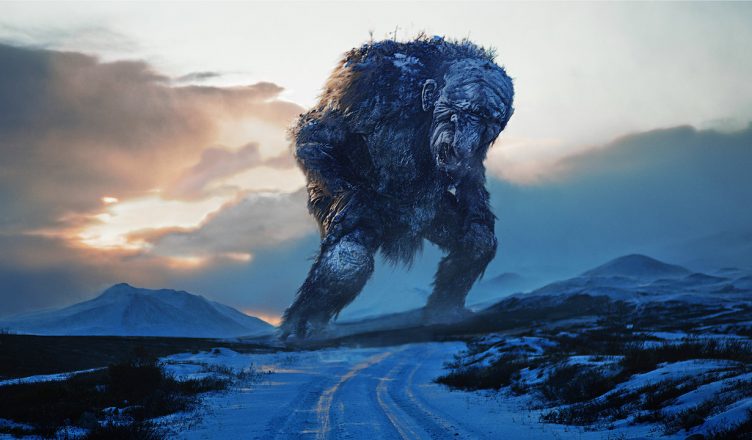 A three-person camera crew of Norwegian college students sets out to sleuth a story on a baffling batch of backcountry bear poachings. Boy, did they ever get more than they bargained for. The trio meet a mysterious bearded guy living out of a trailer, which he abandons every night from dusk ’til dawn.

What follows is truly one of those cases of, “ya really gotta see it to appreciate it.”

To call “Trollhunter” way out weird is a woeful undersell. Just as to refer to it as wackily wonderful does not do justice, either.

This is not a story about stalking lowlife cancel culturists on the net.   Thank God.

Rather, what we have here is a nearly impossible to define, brilliantly conceived and produced supernatural spectacular about…yep…hunting trolls.

I know. But, somehow, it works. 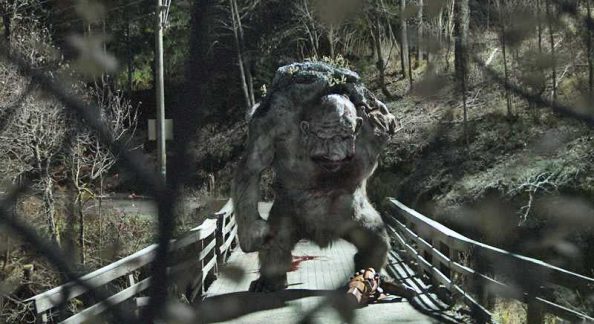 Some may be put off by the troll’s predilection for sniffing out Christians, upon whom they’re fond of feeding. I was.   But then it occurred to me.

Who knew Trolls could be so damn funny?

There is tongue-in-cheek humor running in constant undercurrent throughout this super strange story.

Hans (an optimally cast Otto Jespersen) the trollhunter, a serious and stoic soldier, is at once slyly sarcastic. He complains to the youngsters about a clandestine Norwegian government faction failing to furnish him with neither overtime, overnight nor hazard pay while cleaning up another mess of monster mayhem.

Trapped in a cave whilst a most unfortunate troll farting party breaks wind (you’re reading this right), he turns to his retching-in-reflex partners and offers with a straight face, “Definitely rabies”.

These filmmakers were not in it to mess around

Naturally these proceedings are profoundly preposterous, people. But make no mistake, this is remarkable filmmaking.

I am familiar with “Trollhunter” Writer/Director André Øvredal from his work at the helm of 2016’s “The Autopsy of Jane Doe”, a superbly crafted skin crawler, yet far from the far out fantasy fest he delivers here.

A veritable small army of visual effects experts are to be roundly recognized. And special citation simply has got to go to chief special effects maven Martin Gant, for making it all passably plausible if nothing else. No big surprise, as Gant kicked off his illustrious career contributing to the ground-breaking fx magic of the 1980 Star Wars saga classic, “The Empire Strikes Back”.

And now, may you indulge me as I sum up “Trollhunter” with a turn on that oldie but a goodie ode of Gelett Burgess, Purple Cow…

I never saw a giant troll,

I never hope to see one;

But I can tell you, anyhow,

I’d rather be than see one!

What we have here is a nearly impossible to define, brilliantly conceived and produced supernatural spectacular about…yep…hunting trolls.

I know. But, somehow, it works.