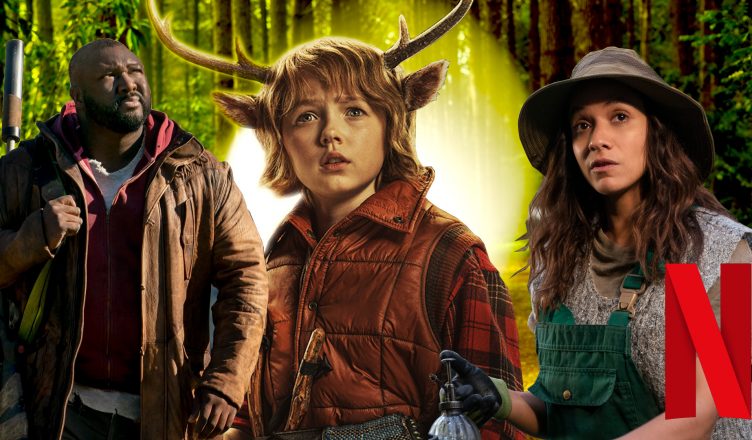 I did not expect to like Sweet Tooth. I committed to this review after a string of really good non-marvel comic adaptations and off the strength of the writing of creator Jeff Lemire.

Jeff Lemire is another fan-favorite comic writer who has established himself with both DC and Marvel and dips his toes into original creations from time to time. I first was introduced to Jeff’s work with his excellent writing on Animal Man and Justice League Dark during DC’s new 52 but a lot of people also know him from his Marvel work writing Old Man Logan, X-Men, and Thanos. Jeff gained a lot of acclaim for his writing with both Marvel and DC’s characters but I can’t but notice that a lot of creators that work with Marvel and DC are not happy with their compensation when their art or storylines gets adapted into television and films. More and more top creators are trying the original route (Scott Snyder). For Jeff Lemire this is Sweet Tooth. 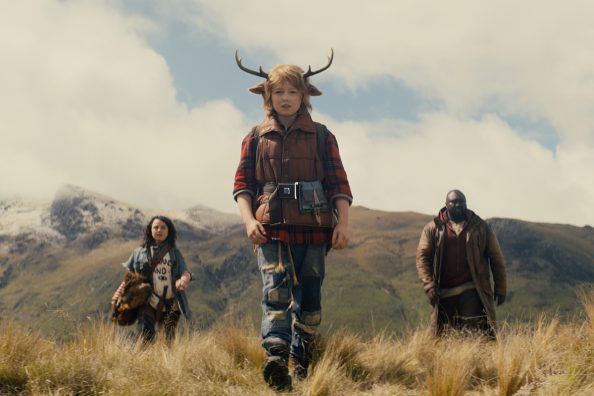 I really like the visuals in Sweet Tooth. There are a ton of great choices made when it comes to camera selection, close ups, zoom outs, everything. Sweet Tooth is drenched in detail with the scenery that is very blank and miss it but adds a lot to rewatchability.

The set design? The sets? Everything about the actual aesthetics looks really pleasing. I struggled to put my finger on it like if it was the colors, the angles, the narrow shots or wide shots. I couldn’t put my finger on it. There’s a lot of thought put into the little things like Sweet Tooth learning to jump the rocks in the stream by his house. He can only make the last jump when he’s at a point where he’s going to begin his independence and. Or how most of the angles and shots are very narrow when Sweet Tooth is living in the onfines of the camp Pubba has made versus the super wide and aerial shots we get when Sweet Tooth begins to explore the world outside of camp. These are the details that may seem small but its this attention to detail that often can be found in really great shows. 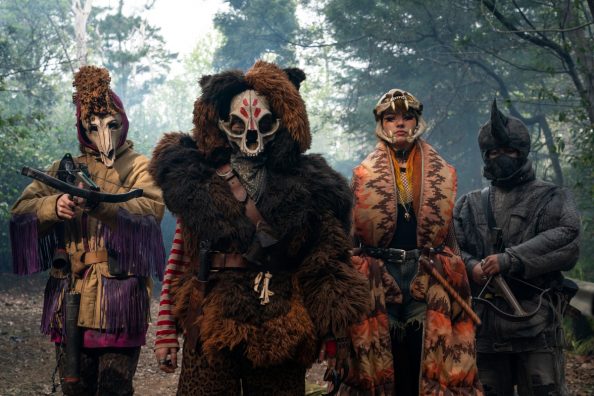 The casting and the acting! Nonso Anozie Big Man! Great actor. Huge fan of his work since Prison Break and zoo. Will Forte as Pubba, Dania Ramirez as Aimee, Adeel Akhtar as Doctor Singh, Aliza Vellani as Rani Singh, Stefania LaVie Owen, Neil Sandilands as the captain Ahab of the show. He totally reminds me of Matthew McConaughey in Reign of Fire! We also have Naledi Murray as Wendy and of course Christian Convery as Gus. The performances are remarkably consistent from beginning to end making for a truly immersive experience. I would have been annoyed if one or two of the main characters took away from the immersion of the moments but we don’t get that here from our primary cast. Most, if not all, of the performances are really good and make transitions seamless when flowing from storyline to storyline.

Speaking of storylines, I love the trio of storylines that we follow. Not only do we follow Gus on his journey to find his mother we also Dr. Singh and his wife Ravi who are struggling with the pandemic. We meet Dr. Singh and Ravi right at the onset of the Great Crumble and follow them along as Ravi is revealed to be infected with the H5G9 virus. We also follow Aimee who provides a story of transformation spiritual rebirth as she finds new purpose in the pandemic by creating a sanctuary for hybrid children. Breaking the themes into three different storylines, with little overlap, is a clever storytelling tactic. With Aimee’s story showing the bright side of the pandemic, and Doctor Singh’s showing the show uses Gus’ scenes as a clever balance of the two tones making them all work. This is a kids story at heart but you’d be hard pressed to find an adult that doesn’t understand the more mature themes in the story too.

The three storylines are incredibly different in tone. Gus is our visual guide and avatar in exploring the post pandemic world. Doctor Singh and his wife Rave deal with the true dangers of the pandemic and society head on (*cough*Karen’s*cough*). Aimee is our guide into how the world can move forward with humans and hybrids living in an idyllic society. Aimee and her daughter damn near stole the show for me. I can honestly say that these two not only fought each other in who was going to steal the scene, these two as a duo damn near stole the show. It’s really really good when you’re supporting characters are so well written that they compete with your main characters. They have a chemistry that’s adorable to watch when they’re doing a lighthearted scene and also gut wrenching when they are introduced to danger.

Sweet Tooth suffers from being predictable at times. The relationship with Gus and Pubba unfolds in incredibly predictable fashion. The predictability dulls the sense of danger in scenes when you can telegraph exactly what will happen and be correct most of the time.

The shift between the tones is a bit jarring. The three storylines follow tones that are so strong that they feel like three separate shows.  Sweet Tooth and Big Man always seemed to have a lack of sense of true danger but Doctor Singh and Ravi were always going through some shit. until The heroes never really felt like they were in danger unless it was circumstantial. Meaning, they were only in any real danger when Sweet Tooth would do some dumb shit. I mean I try to give him a pass because he’s literally a kid who’s never been out in the world before but there were times I was yelling at the screen for him to not do some dumb shit as he merrily proceeded to do some dumb shit.

Sweet Tooth is a show that I thought was geared toward younger kids, and that may be the case, but I found myself enjoying the hell out of this show. I haven’t liked a show aimed at young kids this much since Avatar the Last Airbender. Now Sweet Tooth deals with some really serious topics for a show. Like too many shows out right now Sweet Tooth deals with a pandemic that is mysteriously causing illness and death across the world. The concept of H5G9 virus may give you the impression that this will be like other pandemic movies then you’d be very wrong.

The Singh’s go through some dark shit. They’re the ones who are often placed in moral dilemmas when it comes to killing hybrids to save his wife. They’re the ones who are almost burned alive in their house by their neighbors. Things don’t get real until the last 2 episodes when the three storylines converge. Sweet Tooth finally spreads the love with the danger that Doctor Singh and Ravi suffered throughout the whole series.

The writing and pacing are excellent. There are moments throughout Sweet Tooth when I get the walking dead vibes in a really good way. From time to time Sweet Tooth offers some sense of urgency or danger for our heroes and shit gets real. The pacing always keeps things moving along and things never seem slow or boring and with the trio of storylines things never get stale.

Ten years ago “The Great Crumble” wreaked havoc on the world and led to the mysterious emergence of hybrids — babies born part human, part animal. Unsure if hybrids are the cause or result of the virus, many humans fear and hunt them. After a decade of living safely in his secluded forest home, a sheltered hybrid deer-boy named Gus (Christian Convery) unexpectedly befriends a wandering loner named Jepperd (Nonso Anozie). Together they set out on an extraordinary adventure across what’s left of America in search of answers— about Gus’ origins, Jepperd’s past, and the true meaning of home. But their story is full of unexpected allies and enemies, and Gus quickly learns the lush, dangerous world outside the forest is more complex than he ever could have imagined. Based on the DC comic book series by Jeff Lemire, SWEET TOOTH is executive produced by Jim Mickle, Beth Schwartz, Robert Downey, Jr., Susan Downey, Amanda Burrell, and Linda Moran.