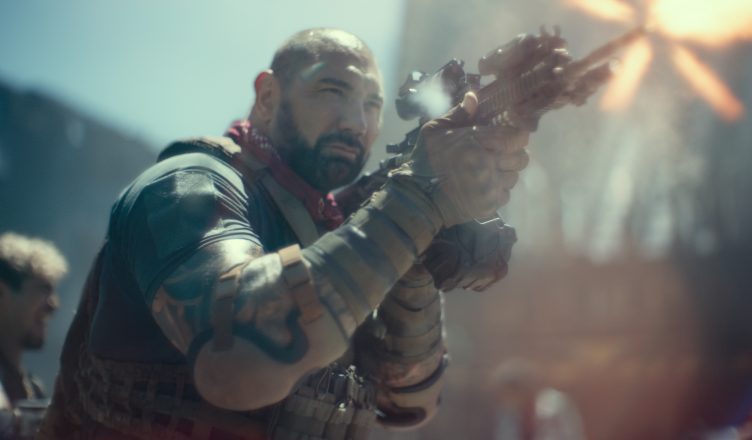 Army of the Dead takes place following a zombie outbreak that has left Las Vegas in ruins and walled off from the rest of the world. When Scott Ward (Dave Bautista), a former zombie war hero who’s now flipping burgers on the outskirts of the town he now calls home, is approached by casino boss Bly Tanaka (Hiroyuki Sanada), it’s with the ultimate proposition: break into the zombie-infested quarantine zone to retrieve $200 million sitting in a vault beneath the strip before the city is nuked by the government in 32 hours.

Army of the Dead Trailer:

Army of the Dead Video Review:

Army of the Dead has a number of positives, but one aspect the stands out has got to be the acting. I thought Dave Bautista absolutely shined here in his performance. Naturally, he excelled during the big action sequences, but I was more impressed when it came to the drama. I didn’t expect for him to show that much versatility in his character’s vulnerabilities. He displayed his additional range as an actor, and it was quite refreshing.

The supporting cast overall made for a great ensemble too. My personal favorite had to be “Chambers” (played by Samantha Win). Her character was enjoyable and her defining scene was one of the most captivating scenes in the movie. I found myself cheering for her the most out of all other characters. Next to her, I’d say that “Dieter” (played by Matthias Schweighöfer) and “Vanderohe” (played by Omari Hardwick) were another fun pair to see on screen. Overall, the cast of the film benefited from both a solid script and direction by Zack Snyder.

Snyder crafted Army of the Dead in an enjoyable manner where it never felt too stiff. The battles and overall heist were both exhilarating and entertaining. Much of that was due to the solid cinematography and visuals that keep your eyeballs glued to the screen. I loved how he found a way to bring some nuance to the zombies, and still infuse this film with a bit of political commentary as well. For that reason, Army of the Dead can be enjoyed in a more nuanced way compared to other zombie movies.

The only issue here would be the amount of time devoted to getting to know many of the characters. When you have an ensemble cast of this size, trying to get to know each of them can be a bit much; especially if some of them happen to be expendable. As a result, the movie ends up being about 2.5 hours long, and it takes a while before we even get to Vegas and really deal with the zombie threat. Some of that fat could’ve been easily trimmed down a bit. The length of the film isn’t a deal breaker by any means, but it did feel like the version we get is already the “extended cut”.

Army of the Dead is a great addition to the zombie genre including a balanced blend of action, thrills, and humor. This film was exactly what I was hoping for from Zack Snyder. I believe he’s at his best when he’s able to freely create a story that isn’t coupled with external expectations. Army of the Dead was no exception. You can think of this film similar to I Am Legend, meets Peninsula (Train to Busan sequel), meets Suicide Squad. Army of the Dead should make for a satisfying and fun watch for zombie movie lovers. Be sure to stay tuned during the credits too. 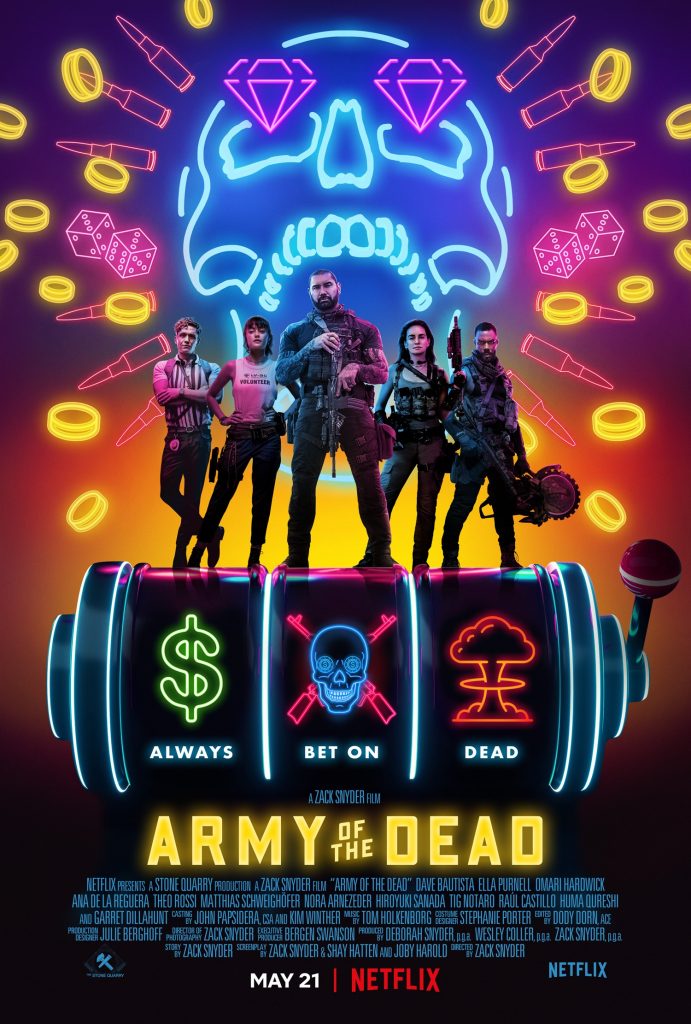