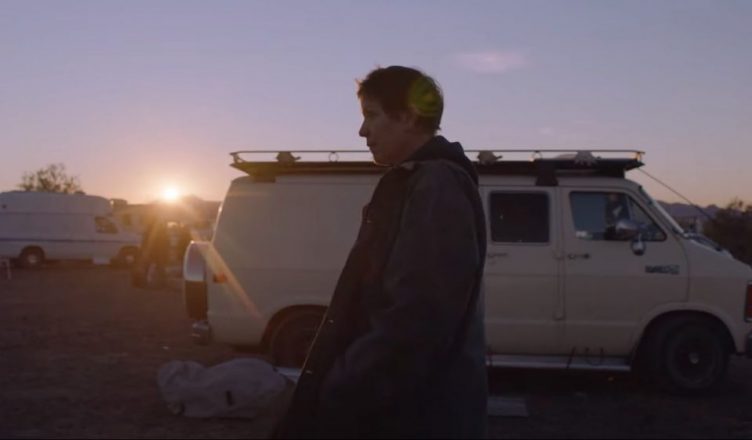 Nomadland is currently streaming on Hulu and is generating some serious Oscar buzz! Written, edited, produced and directed by Chloé Zhao, Nomadland is a “one of a kind” movie that’s worth the watch. It is based on the non-fiction book “Nomadland: Surviving America in the Twenty-First Century” by journalist Jessica Bruder. Reports mark it as one of the best movies of 2020, which is indeed the case as according to these reports this movie has bundled up four nominations into the Golden Globe Awards! 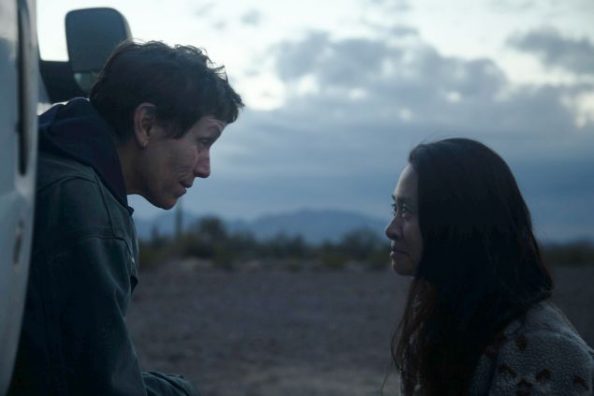 Nomadland is roadtrip movie featuring Frances McDormand in the lead role. Frances plays an elderly widow named Fern, who lost her job during the Great Recession. Fern is all alone as she had lost her husband and has no children. She is seen facing a hard time because of which she decides to sell off most of her possessions in order to buy a white van which she names Vanguard. She then embarks on a journey through the American West in her van, thus leading a nomadic life. As the film progresses, we can see that during her journey she encounters various nomads and has some memorable experiences with them. Her experiences with the nomadic community will let you dig deep into a culture that many people are still unaware of.

It raises awareness on homelessness in America

Poverty and homelessness are issues which have plagued the world over centuries. Being homeless is indeed a painful experience. I feel this film has successfully portrayed the life struggles and hardships faced by nomads and homeless people throughout America. At least the general public can be made aware about the situation of such people, although Fern here seems to prefer the word “houseless” instead of “homeless”.

In my opinion, Nomadland is powerful enough to pack a mighty punch into one’s mind and soul. It showcases the capsizing of the American dream and the approach of the darkest hour. From this movie we can learn about the resilience of the human spirit and understand the way people should persevere at the time of hardships in order to find a way to survive with dignity and grace.

If you take out time and watch Nomadland, you will agree to my viewpoint that this movie indeed showcases some breathtaking sceneries and landscapes as Fern travels through the American West. The cinematography by Joshua James Richards is outstanding as it has successfully captured the beauty of the country’s vast, open and forever-stretching landscapes in detail. In order to enhance the visual appeal, the cinematography mostly comprises of long shots of the horizon which are probably shot during the magical hour of photography.

Way too far from reality!

A point to be noted is that, in Nomadland, McDormand’s character Fern is entirely fictional and has no relevance to Bruder’s book. Nomadland shows that Fern opts for seasonal work at an Amazon warehouse during winters and for the rest of the year she travels and leads a nomadic life. However, interesting as it may seem, this concept is exceptionally unreal! Nomadland portrays such temporary gig work to be a refuge during hard times. However, the harsh reality is that temporary jobs are the hardest ones to find during the time of crisis.

Another core insight that the film misses out is the portrayal of the American economic system. I feel it has not clearly showcased how the system exploits the nomadic people of the country which was been covered in detail in Bruder’s book.

Are there “politics” involved in this movie’s making?

As per reports, the filmmakers have mixed opinions on whether Nomadland is a “politics-involved movie” or not. I personally feel there is some amount of politics involved as this film casts actual nomadic survivors of the Great Recession and overshadows their real-life struggles with a fictional character like Fern.

You may wonder why Zhao didn’t opt to make a straightforward documentary about nomadic life. I feel she has decided to go off the mark and pack together an amazing screenplay using McDormand’s impressive performance and acting skills. If you look at McDormand’s performance in the film you will see how her expressions do most of the talking rather than her dialogues. It’s through her remarkable expressions solely you will come to know what’s going on in her mind and what’s going to happen next.

We have supporting actor David Strathairn who plays the role of a nomad named Dave who befriends Fern. I feel his role is understated in spite of his powerful presence in the film. Apart from this, a very interesting thing about this film is that it casts some real-life nomads like Linda May, Bob Wells and Swankie who play fictionalized versions of themselves. The fact is that like McDormand and Strathairn, these guys are not actually actors! But in my opinion, their outstanding performances in spite of their lack of acting experience are more than enough to keep the audiences captivated.

I personally find Nomadland to be a very leisurely paced movie. The real-life nomads put into this movie at times will make you feel this to be more like a documentary rather than a work of fiction. However, if you are a fiction lover and happen to be patient enough to watch the entire film without hesitation, I can assure that this film will prove to be rewarding to your viewing experience.

3 thoughts on “Frances McDormand hits the road to “Nomadland””