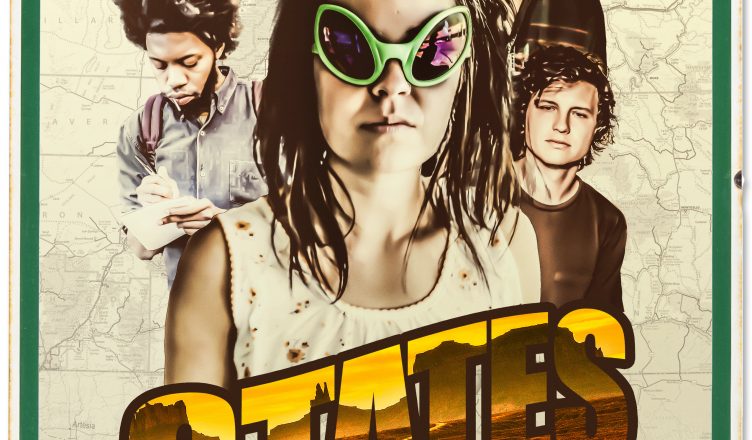 You could call the mind scrambling new film “States” a kind of “Easy Rider” for the millennial generation. But even that wouldn’t do full justice to the wonder and weirdness this movie’s mastermind, Zach Gayne, has cooked up and served to us on a multi-textured platter sizzling with searching souls, American west vistas and concrete beds. That last one will make sense I promise. Sort of.

I spoke with Gayne recently by phone on the afternoon of the premier of his first film in New York City. Gayne is native Canadian and not a U.S. citizen. He says he formulated his perception of the country primarily from watching movies along with personal observation and impressions gathered from a next door nation. He is also by choice, and very much like this reviewer, a curious creature of the highways and out of the way byways.

I’m somebody who has spent a lot of time on the road. I’ve met a lot of people who are just sort of out there, one of which was Michael (he of the cement sleeping accoutrements) who begins the film. I actually met that guy on a greyhound bus years prior.

When I asked Gayne about his driving inspiration to bring “States” to a movie audience, he laid it out to me thusly:

Then the director broke down the essence of his multi-faceted, richly presented medley of humanity making their way in a modern world with one sentence.

Basically a generation of people sort of out there trying to carve their own meaning.

I thought Gayne’s film was heading headlong toward a cacophonous conclusion of surrealistic sci-fi spectacularness. Never one to play the spoiler, I won’t tip off what the ending to the long strange trip that is “States” leaves us to ponder. Except to say that the beat goes on for all who choose to call this magnificent melting pot we proudly (most of us anyway) call The Good ol’ USA their home.

May this vast and glorious land forever embody the standard for those of us who steadfastly march to the beat of a different drummer.

You could call the mind scrambling new film “States” a kind of “Easy Rider” for the millennial generation. But even THAT wouldn’t do it full justice.

“The Wave”: What the HELL just washed over me?