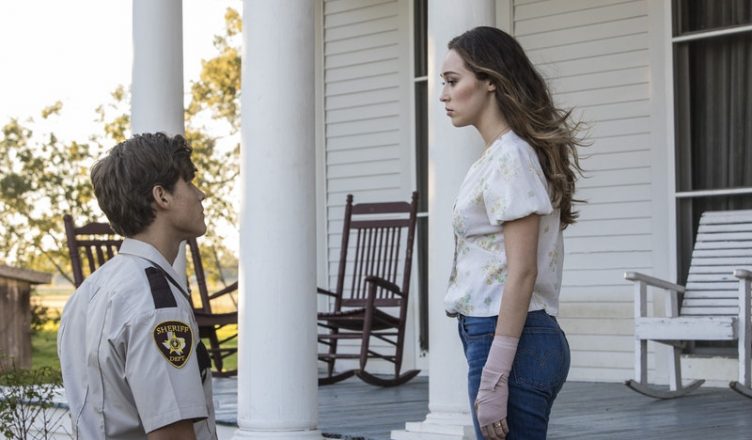 In a quiet midwestern town, a deputy named Norman Young is faced with an impossible decision; arrest his older brother Ray for murder or help him cover it up. Norman chooses family. As the ensuing investigation withers, neither of the brothers are prepared for the weight of their guilt or how that guilt will strain their loyalty to each other when apassionate romance blossoms between Norman and the victim’s younger sister, Frances. Family bonds are tested as  impossible choices must be made to protect the ones they love.

You do not in any manner want to be associated with the dismally discordant Texas kin presented to us in the new lurid crime drama “A Violent Separation”.

Not only does this clan in the new lurid crime drama “A Violent Separation” bear little affection for it’s own, they hold each other in lacerating disdain and contempt. Ozzie and Harriet they ain’t. Hell, this wretched bunch may only look down upon the Manson Family, and even then from a perch well within shouting distance.