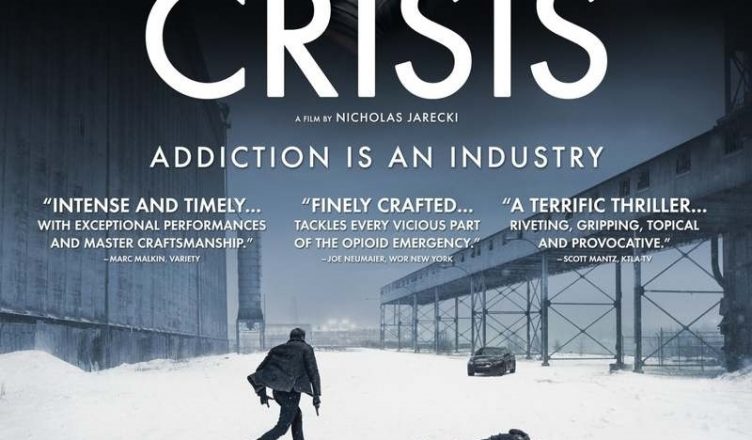 A drug trafficker arranges a multi-cartel Fentanyl smuggling operation. An architect recovering from an Oxycodone addiction tracks down the truth behind her son’s disappearance. A university professor battles unexpected revelations about his employer, a pharmaceutical company bringing a new “non-addictive” painkiller to market. Set against the backdrop of the opioid epidemic, their stories collide in this dramatic thriller from writer/director Nicholas Jarecki (Arbitrage).

The numbers are horrifying.

Chances are growing more and more likely that you, or someone in your circle of family and friends, is struggling with opioid abuse right now.

It is difficult, then, to overstate the gravity of this plague on America.

The new crime drama “Crisis” will no doubt be seen by some as overwrought in it’s investigation of the pain and devastation that opioids inflict upon all strata of society. And that is a fair position.

However, having been employed by Big Pharma as a field sales representative for nearly two decades, I can unequivocally confirm one aspect of this film without reservation.

Everything those running the show at pharmaceutical companies do is to maximize revenue and profit, thereby, and most critically, satisfying their Board of Directors and their shareholders by way of swelling their respective bank accounts. And not a damn thing else. Period.

If it so happens that a product actually serves to improve the health of a handful of patients in the bargain, it’s a callous chorus of, “Hey, would you look at us. Aren’t we the compassionate ones?”

It is in this repugnant regard that those responsible for this genuinely chilling cinematic chronicle actually didn’t go nearly far enough in their vilification.

A National "Crisis" (2021) difficult to Overplay

A National "Crisis" (2021) difficult to Overplay

Chances are growing more and more likely that you, or someone in your circle of family and friends, is struggling with opioid abuse right now.