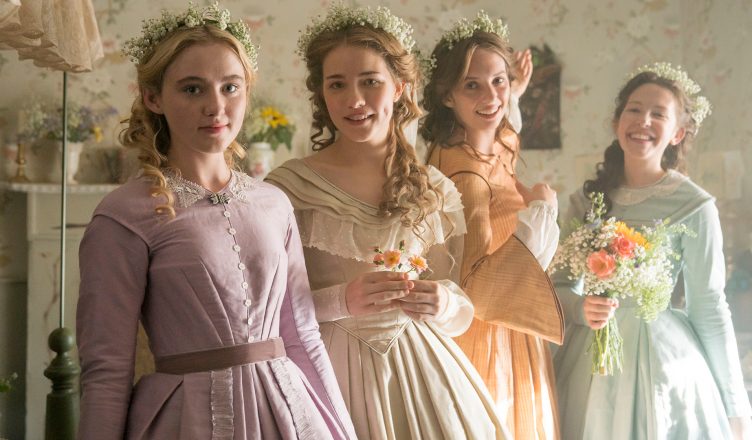 When I watched the  fine BBC production of Little Women at the Tribeca Film Festival last week, I kept thinking the actress playing Jo looked like a young Uma Thurman. It was only after the screening that I discovered why; Jo is played by Maya Hawke, the daughter of Uma Thurman and Ethan Hawke.

Both Maya’s parents, no longer married to each other, attended the screening to support their daughter, who has the fine features and height of her mother.

The new television series Little Women, which was a big hit when it aired in Britain in December, premiered as part of the Tribeca TV programming at this year’s Festival. Episode one of the three episode series will air May 13 on PBC.

First published in 1868, the classic coming-of-age story follows the four girls of the March family, Meg, Jo, Amy and Beth, as they try to form their individuality and find their place in the world. Their father (Dylan Baker) is away fighting for right in the American Civil War and Marmee (Emily Watson), their beloved mother, is keeping the home together.

Little Women has been remade and adapted many times for various generations. The challenge is keeping it relevant so each generation of women can find it speaks for their times. This adaptation avoids sentimentality and Jo appears to be a feminist, with literary aspirations and a yearning for independence and experience. She considers it her greatest misfortune that she wasn’t born a male, because of the restrictions a female faces. She notes that tears are “an unmanly weakness.”

Thomas referred to Maya as born to play the iconic role of Jo in the series, her first acting role. She said, “when I saw the tape, I thought, ‘That’s Jo!’” She said. “When you find the one it’s just the most beautiful moment. It’s a chemical thing.”

Asked how the actors kept their performances relevant and modern so it didn’t seem too much costume drama, said Maya,  “I think the key is when you’re working with a period piece sometimes the obstacles the characters are dealing with are dated. But the tools that they use to deal with those obstacles are not. As people we are always trying to be more independent, more brave, more honest, less jealous, less cruel. So it was just tapping into the why and making those struggles and those feelings personal and really they are. Human beings haven’t changed that much.”

Maya described her process for getting into the role of Jo, which she said began with the book. “You love storytelling from the moment you pick it up and then you prepare in the ways in which you let the book affect you, in the ways in which you let her independence and her bravery and her courage perforate your being as a young woman and hopefully impact some of your choices and the ways in which you go about the world… and then you get to be a nerd and you get really historical about it and you visit the Alcott house, a historically preserved home in Concord, Mass. and there’s Walden Pond.” She said she also read Thoreau and the bible, trying to understand  “what they were thinking and exploring.”

As for their most fun moment while shooting, Maya said, “At every lunch time we would all take off our petticoats and we would just have our corsets and our undergarments on and then we’d eat lunch and then we would have a big dance party in our trailers.”