Growing up and accepting change  is never easy no matter how old you get. “Most Likely To Murder” explores this very subject while delivery a number of laughs along the way. We got to chat with star, Adam Pally, and director Dan Gregor about the film and more.

The Movie Blog: Why should people go see this movie?

Adam Pally: Well they don’t have to go is the number one thing. They should actually just ordered it on demand, watch in their underwear and drink wine and smoke weed and hang out in your house. Don’t go, you literally can’t. We made it so you can get it in your living room. So that is kind of my own number one thing, take 88 minutes, you don’t have to digress into 10 episodes on Netflix and binge. It is a date night at home and it is really funny, so that is why I think people should order it.

The Movie Blog: I really appreciated the triple twist in the movie. I mean, what was the inspiration going into this? Tell me about that process.

Dan Gregor: My cowriter Doug and myself, we started this from a place of well we really wanted to tell a home for the holiday’s comedy. We love that moment in time, it always feels particular where it is the night before Thanksgiving, all your old friends are getting drunk at the bar you used to use fake ID to get into. And we knew that we wanted to tell that story and we knew we needed to make it more than just that because ultimately that is a movie people have already seen, it doesn’t really have a ton of active stakes/ and so it became a question for us of how do we manifest these inner fears of losing who we were and trying to hold onto your childhood but not able to. And how we manifest that into active fears. Stuff that you are actually experiencing physically. So yeah, I think I answered the question, I don’t know.

Interviewer: So Dan this is your first full feature film. Tell me about that, like the challenges and  surprises.

Dan Gregor: I come from a world of sketch comedy and short films and music videos. So my directing work up until this point was short form. And when I walked unsaid that first day I felt like a real big shot and I got in my big director’s chair and I was like ‘let’s take our time, let’s experiment’ and I let the actors do way too much and I got a ton of different angles that I didn’t need. And then the A/D comes up to me very quietly and whispers we are three hours behind. And I pooped up my pants and I realize that this is not going right, I sort of boned our first day but we got everything we needed. But the moment you messed up you feel it in your bones and I just very quickly checked in with myself and say what am I doing, I have been directing things forever. I’m just doing more days and I have done before. In so many ways that is the biggest biggest difference, is just the stamina of doing what you have always done, you know how to do well. And so once I reconnected the skill set that I have been developing and working on forever, it stopped being challenging in any unknown way. It just became the challenges that I know and how to tackle them and how to deal with them.

The Movie Blog:  Adam, did you have a real personal connection to your character?

Adam Pally: No, I think anything I do is Adam. Because I was telling Dan before I always try to think of it, life is so crazy you make all of these the choices that amounts to bigger things, like when am I going to live here or how long I’m going to be with this person. Or even small things like I am going to buy a car and then I’m going to decide that I’m going to drive that car and I going to get a flat tire and I’m going to meet this person.

The Movie Blog: So what do you guys think was the overarching theme for this movie? I mean I know it is a comedy but I personally think that all movies still have something they want to communicate.

Adam Pally: I agree with you 100%. I think to me, the lesson if you want to search for theme or moral is that people change. And the only way is as life changes people change and you have to learn to deal with that.

Dan Gregor:  Yeah, I think that the idea of trying to hold onto your pass is toxic. I think that really is a fundamental theme and emotion that living in who you think someone is or who you think you are is invariably going to spoil. There is no living the past, you have to move on and move up with your life because otherwise you will fall down a rabbit hole of self-hate.

Adam Pally: I don’t know if this is even a quote or Buddhist thought or something but there is the idea that ‘your past does not define you, it informs you’. I don’t know who said that or what, James Lipton’s… Ice-Tea for actors. But I find that to be, for me at least very poignant because as you get older these big tetanic shifts happen all the time; you get married, you have babies, people die, people come into your life, they go out of your life and there are these big shifts that happened to you and you have to be able to continue to move forward or else you’re just going to be stuck like ‘remember when all that was like that…’

The Movie Blog: What was your favorite scene to shoot?

Adam Pally: I had fun on all the scenes. I like the scene with John Reynolds where he comes into my bedroom and he tries to look for the tape and were yelling at each other.

Dan Gregor: That scene was the funniest scene onset. I think that was the day the crew laughed the most. Frankly it was one of the bombers of editing that that scene wasn’t 10 minutes longer because there is so much funny stuff that they improvised and brought to life on the day. But that is just the nature of having to make a movie…

The Movie Blog: What’s next for you guys?

Adam Pally: Oh yeah definitely. We always work together. Me, Dan and Doug have been working together forever. I have a movie coming out in August called the Dog Days. It is a big romantic comedy with Vanessa Hodgins and a bunch of dogs. And then I have some other stuff that I can talk about yet but, soon.

Dan Gregor: And I would be going back to crazy ex-girlfriend to direct next season and yeah, I am excited for that. 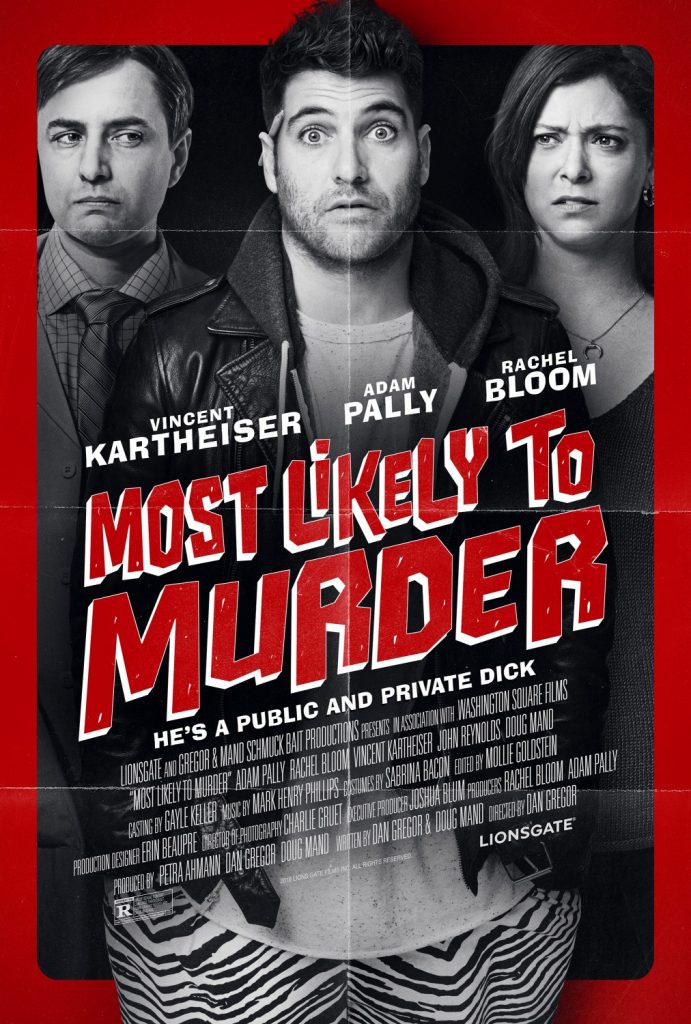