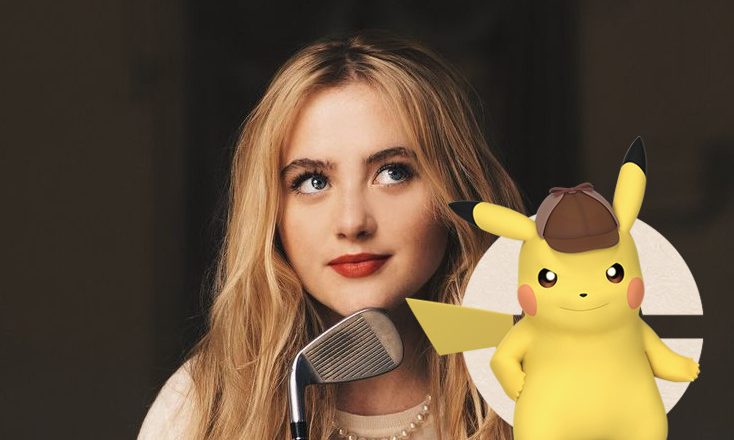 Pokemon is getting a live action adaptaion. As we all know, videogame to movie translations don’t have a good history with critics so this movie is already facing an uphill battle. Detective Pikachu is a surprising choice for the live action adapation as it seems to completely ignore the overwhelmingly popular anime series. The anime started in the 90’s and still produces new episodes to this day and is syndicated across the globe. The anime kickstarted the phenomena of popularity surrounding the Pocket Monsters which has earned over 15 billion dollars since it’s inception. The Detective Pikachu movie will be based on a game that was only released in the series home country of Japan and has potential to be a new view of the characters for the rest of the world.

Casting announcements started a while back with The Get Down’s Justice Smith joining the cast and today we learn Kathryn Newton will be involved as well.

Kathryn Newton, who broke out in her turn as Reese Witherspoon’s daughter in “Big Little Lies,” is in negotiations for the female lead in Legendary’s Pokemon film titled “Detective Pikachu,” based on the titular character, sources tell Variety.

Newton’s credits include HBO’s Emmy-winning “Big Little Lies” and movies “Lady Bird” and “Three Billboards Outside Ebbing, Missouri.” Upcoming projects include the role of Amy March in the BBC’s “Little Women” miniseries, the CW/WB’s Supernatural spinoff “Wayward Sisters,” the Universal comedy “Blockers” for Point Grey Pictures, and “Ben Is Back” opposite Julia Roberts and Lucas Hedges.

I think the live action Pokemon movie has potential for massive success in film. I would love to see a series of films starring a young training working his way to the Pokemon league but we already know that story and the idea of something new is very enticing. I’m super excited to see what a real world inhabited by Pokemon rather than traditional animals will look like in live action. The anime series often depicts the multiple ways that the creatures supplement everyday life taking the place of traditional farm animals and even house assistants.

Check out this ad for Pokemon Go from a while back and tell me that this doesn’t get your imagination going: