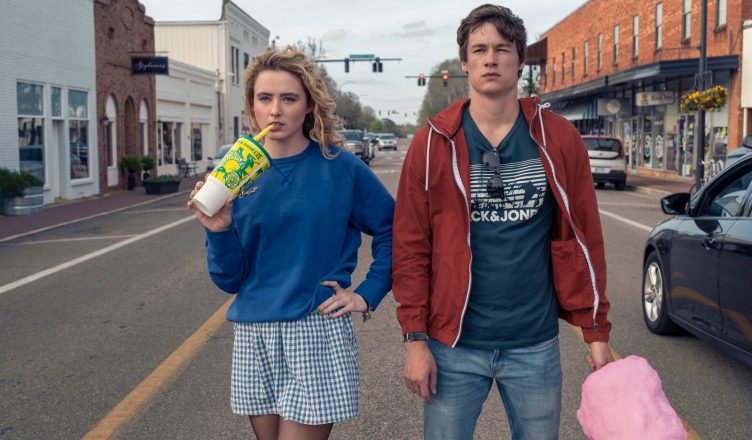 In a world where movies like Groundhog Day, Edge of Tomorrow and Palm Springs exist, The Map of Tiny Perfect Things was definitely a bold move.

The Map of Tiny Perfect Things was released on February 12, 2021 on Amazon Prime. The plot follows a seventeen-year old Mark (Kyle Allen), who is stuck in a time loop. He experiences the same day over and over again, yet has a fairly optimistic approach to life. As a stark contrast, the character of Margaret (Kathryn Newton) is introduced. She, too, is stuck in this temporal anomaly. What follows is a search to find all the perfect little things in order to ‘seize the day’ and escape the time loop.

The first five minutes of the film were pretty interesting to watch. The audience was introduced to Mark, and the fact that he was already familiar with everything that would happen in his day was really fun to watch. Mark’s charisma won over everyone’s hearts. Then we were introduced to Jermaine Harris’ character, Henry, who was probably my favourite character in the film. His hilarious and sassy dialogues definitely ensued laughs.

There were a few scenes which really made me smile. One such example is, when Mark and Margaret were in a supermarket, hiding dollar bills in random objects for anyone to find. The scenes, in which the characters were searching for ‘perfect things’, were purely beautiful. An old couple playing cards, a tortoise crossing the road, a man playing the piano, and many more.

I really liked the soundtrack and felt that it went perfectly with the theme. The film featured a very subtle montage of perfect moments with the song Penny Rabbit and Summer Bear by Kishi Bashi. The montage felt quite similar to Call Me By Your Name‘s Mystery of Love scene.
The cinematography of the film was commendable. The colour palette was very vibrant, something which I really enjoyed.

The character of Margaret, played by Kathryn Newton, had a very dull and boring personality. She had a mysterious aura throughout the film, but sadly, it failed to intrigue me. I felt that her scenes were also quite tedious. Even after her character’s climax was revealed, I could not empathize nor relate to her. It did not help that Kathryn Newton’s acting felt forced at some points.

I did not find any chemistry between the main characters. As much as the story pushed the romance, it always felt unnecessary. The scene where Mark built an artificial spaceship for Margaret was very cheesy and over-the-top. While Mark had an overly charming personality, Margaret always had a straight face. The characters just didn’t go well with each other.

A huge part of the film involved the characters searching for the ‘perfect things’. The other part included them talking about their infinite life and other nihilist theories. These long discussions felt dragged and endless. The final scene was also predictable and lacked variety.

The film was an hour and a half long, but felt like more. A lot of parts were unnecessary which could have been cut. The concept of time loop isn’t new, but there was certainly more potential to the idea than what the film displayed.
That being said, the film did have some very cute and smile-provoking scenes. If you’re a fan of Romance and YA genres, this one is definitely for you.