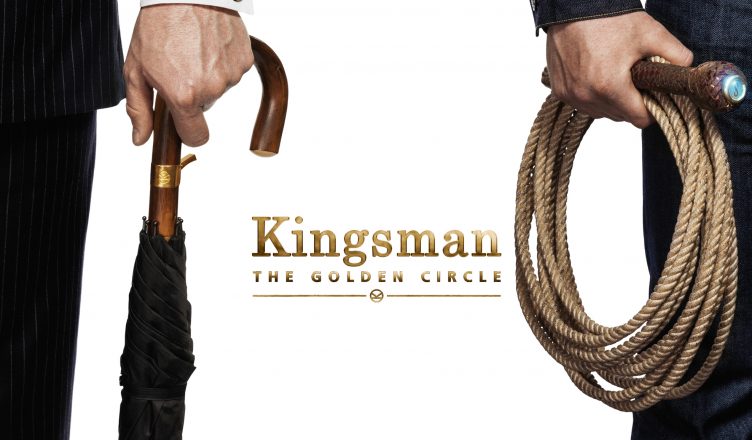 My first reaction to Kingsman: The Golden Circle happened while I was still in my inbox. I couldn’t help but stare at all the names listed on the movie poster. Channing Tatum, Halle Berry, Jeff Bridges and more. I… don’t like when sequels scale up in the cast in that regard. Mind you, all of these actors are talented in their own way but Kingsman was one of those comic book movies that just didn’t need the big names. The first movie did JUST FINE with Samuel L. Jackson and Colin Firth as top billing and I have to say that Berry and Tatum not only distract just by name but their mere presence. none of the old cast is in any of the promo images for this movie, which you can find here on our Facebook page, aside from a single shot of Edgerton and all other photos featuring Tatum, Berry, and Bridges… but not a single shot of Pedro Pascal! How is this guy not getting more billing yet! He’s been a BEAST every time this guy is in front of the camera whether it’s Game of Thrones, Narcos, nearly salvaging The Great Wall, and will likely be a bright spot in this film.

That being said the trailer reminds me of a Bond movie. There’s some stylish suits, some British accents, fancy cars, exploding mansions, and little to no plot revelation. It’s like I’m supposed to be excited just because… that being said, while it is nice to know that another Kingsman movie is coming I call this trailer a dud for being shallow.  Check out https://www.casinoaus.com/ while waiting for the next good trailer.