Kidnap is a movie I was already apprehensive to watch in the first place. Halle Berry is now what I consider an “acquired taste” as she’s gone into a realm of making her movies a genre unto themselves. You don’t watch a Halle Berry movie to see the movie, you watch her films to see her and determine/judge if she’s able to perform at an Oscar level again. To a degree this is the case as she’s pretty consistent with her acting. On the other hand 2 days before I was to attend my screening I was informed that the movie was playing at the nail salon on bootleg.  My enthusiasm waned. 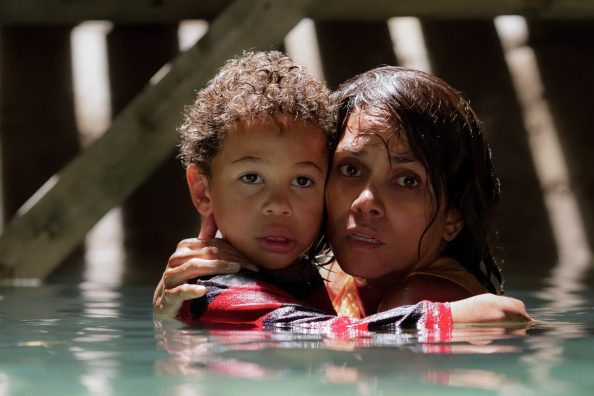 The photography is just top notch. There were a few moments where I could imagine that the director of photography was experimenting and exploring what would and wouldn’t work. There are a few camera angles, especially with the car chases, that are just odd and disorienting but as a whole I felt that the movie benefited from the great camera work.

the pacing is actually pretty solid. One would think that Kidnap could go the route of investing a good amount of time into exploring Karla Dyson and her son so that we’d get emotionally invested. This is almost correct as the movie does a decent job with getting us invested in the characters, via montage, nagging on our parental instincts instead. It’s a smart approach and allows the movie to instead focus on key storytelling.  good. although I don’t always enjoy what actually happens in the movie i do enjoy the fact that the movie doesn’t dwell in any one setting or scene longer than needed.

Kidnap really does have some awesome action sequences. Kidnap is primarily made of car sequences and I have to admit that there were a couple that had me shocked, relived, thrilled, anxious, and utterly surprised. I have no idea who was in charge of the mid-town car-chase but that man deserves a raise. 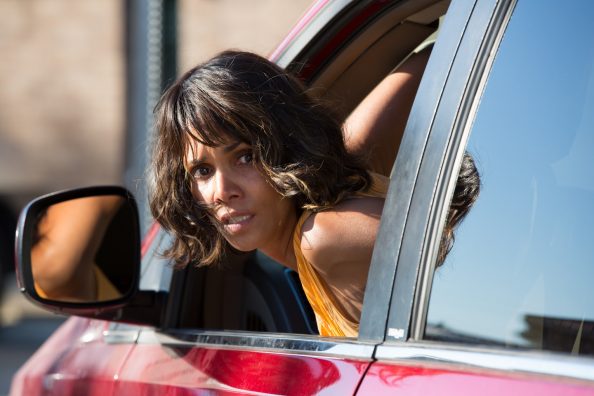 Did I put the car sequences in the good? Hell, some of them were also downright awful. There’s absolutely no sense of speed which detracts from the tension in a lot of the chases. Kidnap doesn’t shy away from the fact that Karla is driving a freaking mini-van throughout most of the movie and you’ll often see her smash down on the accelerator followed by a close-up of the speedometer going from 0-60 in like 10 seconds. I don’t know who was in charge of the initial car chase that opens the film but that person doesn’t deserve a raise.

There are way too many ‘WTF’ moments. A ‘WTF’ moment is when you scream at a character on screen and go ‘WTF, why did/didn’t you do…’. 1 is okay. 2 is annoying. 3 or more is unforgivable and man alive many people walked out of the theater with palm prints on their foreheads. I’m pretty certain some people just left their palms there and decided to reflect on the last 90 mins of their lives on their way home. 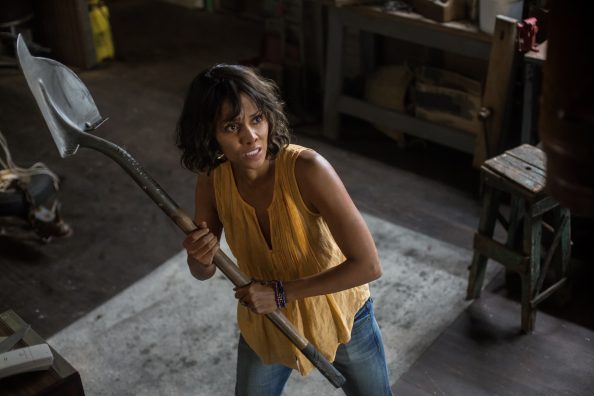 This movie was too long.  I think back to a movie like “Phone Booth” which was also surrounded by a simple premise and how it wisely chose a 81 minute runtime. In comparison Kidnap clocking in at 94 mins feels like it lingers around too long.  I noticed that I began looking at my watch at around the halfway mark of the film, which is not a good sign.  There are car sequences on top of car sequences, in between car sequences. I’m 99% sure that Halle Berry filmed a 90% of this movie in a mock car. 7% of her time was spent providing her with terrible looking fake bruises that defy absolute logic, and 3% providing the handful of scenes she has that aren’t in a car.

the acting was a little silly. Halle Berry didn’t bother to create much for her character Karla Dyson and seemed to just portray this role as herself. I feel as if she likely channeled some inner emotion as a parent herself but other than that her character was indistinguishable in any way other than the fact that she’s black. In fact, I almost felt as if she was channeling a little bit of Emmy Rossum’s “Fiona” in the opening moments of the movie but she didn’t bother to take the idea of that character any further which leads to an uninteresting heroine.

the sheer incompetence of the authorities is on full display in this movie. the movie even has a moment, that’s in the previews, where Karla is standing in a police station waiting for help when she notices a bunch of missing children posters on the walls and she goes “that’s what all their parents did. wait.” and she takes off. 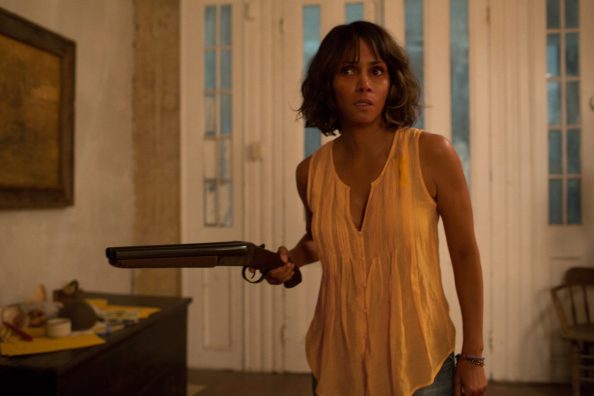 This was an awesome popcorn flick… after waiting 15 minutes, and only for about 30-45 minutes. Everything after that was a chore. The movie does it’s best to add some surprises to maintain your interest for just a little longer but I have to admit that by the time the film was reaching it’s predictable conclusion that most of the audience had reconciled with how things were and we were mostly buried in our phones. I did find a cool site to get  ‘roses delivery same day‘ while waiting for the conclusion, so that’s a win.

A typical afternoon in the park turns into a nightmare for single mom Karla Dyson (Academy Award winner Halle Berry) when her son suddenly disappears. Without a cell phone and knowing she has no time to wait for police help, Karla jumps in her own car and sets off in pursuit of the kidnappers. A relentless, edge-of-your seat chase ensues, where Karla must risk everything to not lose sight of her son. In this tense, action-fueled thriller, directed by Luis Prieto and from the producers of SALT and TRANSFORMERS, one mother’s heroic attempt to take back her son leads her to ask herself how far she will go to save her child.