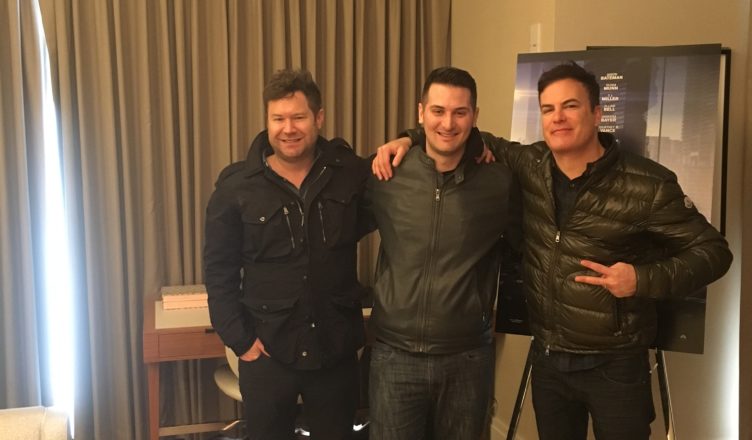 Office Christmas Party is hitting theaters nationwide on December 9, and I was lucky to speak to directors Josh Gordon and Will Speck when they came through Chicago promoting the movie. The movie is a blast. Hilarious and loaded with a stellar comedic cast. I spoke to Josh and Will about the cast, filming all the chaos in an office building, the close Chicago connection of the movie and much more. You can find excerpts and the entire audio of the interview below:

On the strong supporting cast the movie boasts:

JG: That was the big draw for us of the movie, that we knew it would have a big ensemble and the ability to work with all the people we wanted to work with. It was one of those things were we started going to our first choices and they all started saying yes. It was like a snowball, it just started rolling downhill.

On the challenges navigating all the characters and action in one space:

JG: There is always a good pressure when you’re making a comedy to make it funny all the time. For Will and I the challenge was to deliver a story you could invest in and care about.

These guys are a lot of fun and very in tune with the work they do. As you may be able to tell in the interview that Josh sort of spearheaded lots of the questions. That’s not to say that Will didn’t contribute or participate, he’s a more chill kinda guy, but fun and in tune with everything also. I enjoyed the insight the guys provided me. I can tell from talking to them and watching this film as well as other movies they have done together that they must have a fun and loose set and leave a let the actors be themselves. I’d love to work with these guys. Very chill and cool guys, you’d never think they were big time movie directors after meeting them. The movie is awesome. I’ll be seeing it again.