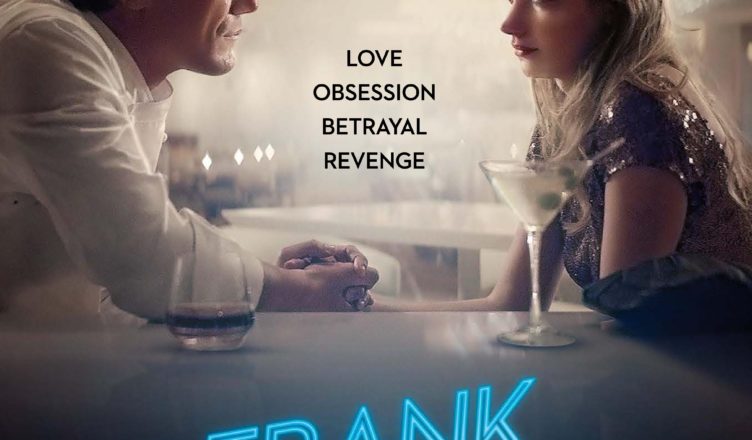 “Frank and Lola” is bound to be among a select handful of off the beaten path, unorthodox and expressly perverse versions of romantic drama you’re ever gonna lay your eyes upon.

The film stars two of my favorite actors working today in the respective title roles, Michael Shannon and Imogen Poots.  It’s not that I seek the pair out necessarily.  It’s just that they seem to find me.  These mega talents consistently appear in largely lower-profile movies with extraordinary stories the variety of which I have been, and will always be, naturally drawn to.  Interestingly, in every performance I’ve seen of hers to date, Poots plays an American character.  She is so convincing in these portrayals that it is only after I did a little research on the fine and fetching young actress, and much to my surprise, I discovered that Poots is a native Brit.  Both she and Shannon bring a combustible chemistry to this evocative examination of sex and secrets and what some must do to survive in their soul-scarring aftermath.

First time full-length film Director/Writer Matthew Ross (man, are there ever a whole bunch of really good rookie feature flick makers emerging at present) does a bang up job here in crafting both a bruising and beguiling tale of romance, infatuation, deception and videotape.  And some kick-ass eats, to boot.  Shannon’s Frank is a rising star as a gourmet chef, and his killer culinary creations will make you wish you could bust through the screen to get your hands on, and choppers into, his mouth-watering masterpieces.

And there’s even a brief Rosanna Arquette sighting as Lola’s detached mother.  To paraphrase the immortal pop rock band Toto, “Rosanna!  Rosanna!  Where ya been so long, girl?!”

Ross has crafted an involving chronicle of two acutely emotionally damaged people who find in each other a kindred spirit in which to invest their love, perhaps for the final time in their respective isolated lives.  And as painfully dysfunctional as they both clearly are, Shannon and Poots are uniformly exceptional in inspiring us to root for this curious couple to make it together.  But as Ross progressively unveils in his story, we come to learn that the odds of success are brutally long and the forces conspiring against them wickedly considerable.

I never give away an ending and I’m not about to start now.  So I’ll simply sign-off by hinting that “Frank & Lola” concludes pretty much the way you’d imagine it would.

Which is to say that you can’t even begin to imagine how in the hell this unusual and often unctuous tale of lust, love and lasciviousness is going to wind up at all.