We have even longer to wait than usual for the newest season of Game of Thrones. Usually premiering in April, in 2017 fans will have to wait for the summer to see the latest instalment of dragons, ice zombies, and iron throne drama. Fortunately, set photos and theories have been leaked that can give us some idea of what to expect. It’s never too early to get hyped!

What we learned in Season 6

Season 6 brought Game of Thrones fans closer than ever to the end game. While we still don’t know who is going to sit on the throne when all the battles finish, we’re inching closer to the truth with a number of major players knocked off the board this season. The season was also notable for being the first time that the TV show’s storyline has moved past the source material, meaning that plenty of surprises were in store for book readers and TV watchers alike. 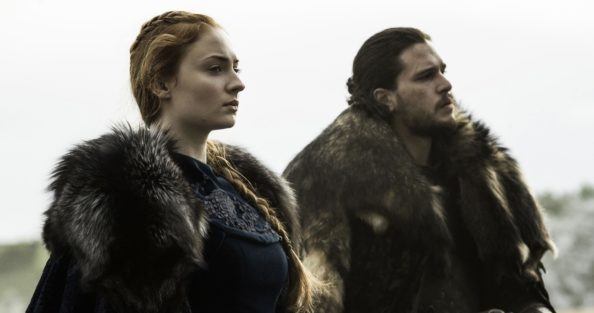 At the end of Season 5, Jon Snow was dead, Daenerys had been taken by her dragon to the middle of Dothraki territory, and Cersei had just undergone her infamous walk of shame. All of their positions were reversed during Season 6. Jon Snow was revived with Melisandre’s Lord of Light magic, to be crowned the King of the North after defeating the Boltons in an epic, cinematically-shot battle episode. Daenerys used her special skill of being able to survive fire to defeat the Dothrakis who imprisoned her, before taking back Meereen and preparing to finally make her way across the sea to Westeros. And Cersei pulled off a masterful wildlife-lit revenge plot, incinerating Margaery and Mace Tyrell, the High Sparrow, and Lancel and Kevan Lannister among others. It was all too much to bear for King Tommen, who jumped out the window when he realized what she had done. This has helped clear the set for what’s to come next, with so many major characters being killed off last season.

Moving Pieces to Watch in Season 7

One of the biggest themes in Season 6 was formerly far-flung characters finally reuniting and banding together. Daenerys alone now has an alliance combining the power of the Greyjoys, Dothraki fighters, the Unsullied army, and the Sand Snakes from Dorne. She also has Tyrion, Varys, and her usual advisors and dragons to assist her. Meanwhile Jon Snow and Sansa Stark have reunited at Winterfell. Yet there are still some moving pieces out there to fall into place in Season 7. Will Arya Stark join her family at Winterfell or remain a cold-blooded, shape-shifting assassin? Will she join forces with the Hound, who is also roaming the countryside with Beric Dondarrion? Will we finally get to see that epic Hound vs. Mountain faceoff that we’re wishing for? Euron Greyjoy is also still out there, (not to mention the White Walkers). So at the moment it still seems like a toss-up as to who will end up on that throne at the end, though with such a strong alliance Daenerys seems favourite according to bookies like Betsafe. 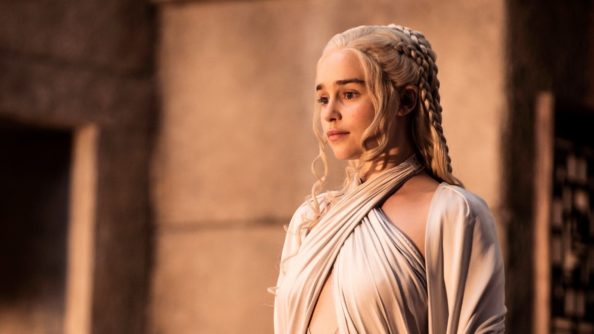 There have been a few leaks from the set as well as official news releases to give us a few bits of information. British actor Jim Broadbent has been cast for the new season. You may have seem him in the past as Horace Slughorn from Harry Potter, and he won an Academy Award in 2001 for his role in “Iris.” However, it’s unclear what his character will be, particularly as George RR Martin has yet to release The Winds of Winter. Fan speculation suggests that he could play a role in Oldtown as one of the old Maesters, or may even be a new villain. With Ramsay Bolton now dead, we’ll surely see a few new ones.
Spoilers ahead! Leaked photos from the set show Jon Snow and Daenerys meeting, which has caused fan theorists to run wild with speculation about what this could mean. What’s clear is that they will cross paths next season, though whether it’s as friend or foe is something we’ll have to wait to find out. Another exciting leak is the reappearance of the actor who plays Gendry. In case you’ve forgotten him, he was King Robert Baratheon’s illegitimate son who we last saw rowing away for dear life way back in Season 3. The actor’s reappearance could lead to a new claim to the throne, possibly complicating things for Daenerys.
The first teaser for the new season was aired on Sunday after the finale of HBO’s Westworld. Did it provide any new insights? While the video has yet to be uploaded online, screengrabs show images of Sansa Stark as well as Jon Snow and Arya Start riding on horseback, and it definitely looks wintry outside. 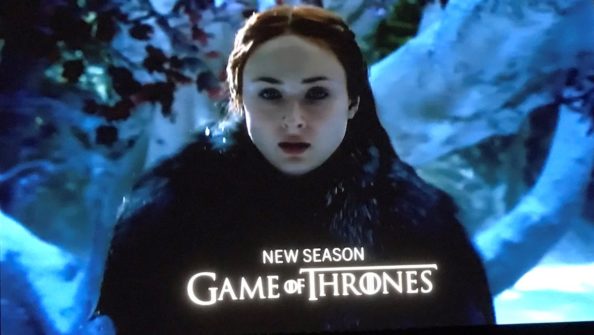 For now, fans will just have to bide their time and wait for the first full-length trailer to be released for Season 7 to get more answers ahead of next summer’s premier.