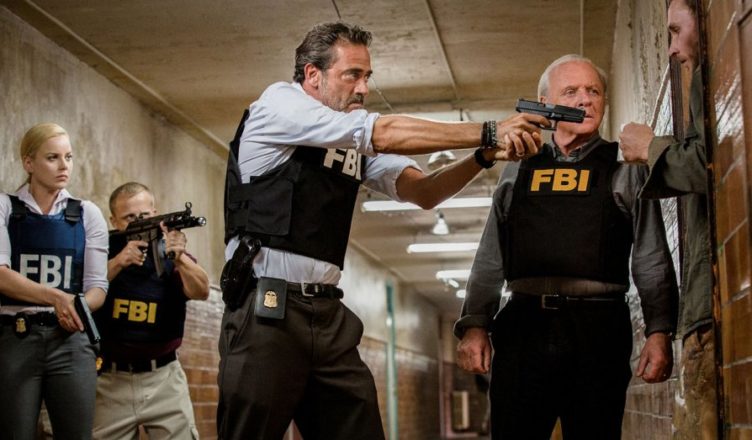 For the first time in forever, Anthony Hopkins isn’t playing the killer as he plays the psychic trying to find someone doing some gruesome murders.

The cast also stars Jeffrey Dean Morgan which is also quite ironic considering he is always known for scumbag/bad guy roles.

if you are down for mysterious, brutal and straight up disturbing murders, then go ahead and watch this new Solace trailer below.

Did I mention Colin Farrell? It looks like the Irish born star is making his way into villain roles, as he tries to run away from the guys who usually play villain roles.

While this movie does look a bit far fetched, it does feature a spectacular cast that may be worth seeing it for alone.

The whole premise of two psychic characters may actually have some sort of deeper philosophical meaning after all. If not, this movie still looks like a decent Redbox stop, as it may warrant enough for a late night viewing.

When FBI Special Agent Joe Merriwether (Jeffrey Dean Morgan) is unable to solve a series of homicides, he decides to enlist the help of his former colleague Dr. John Clancy (Anthony Hopkins), a retired physician with psychic powers. The reclusive Clancy, who shuttered his practice and retreated from the world following the death of his daughter and subsequent break-up of his marriage, wants nothing to do with the case. He soon changes his mind after seeing disturbingly violent visions of Joe’s partner, FBI Special Agent Katherine Cowles’s (Abbie Cornish) ultimate demise. When Clancy’s exceptional intuitive powers put him on the trail of a suspect, Charles Ambrose (Colin Farrell), the doctor soon realizes his abilities are no match against the extraordinary powers of this vicious murderer on a mission.

So what do you think? Is Solace worth a view at the movie theater, or should you wait for a Redbox or free torrented release?