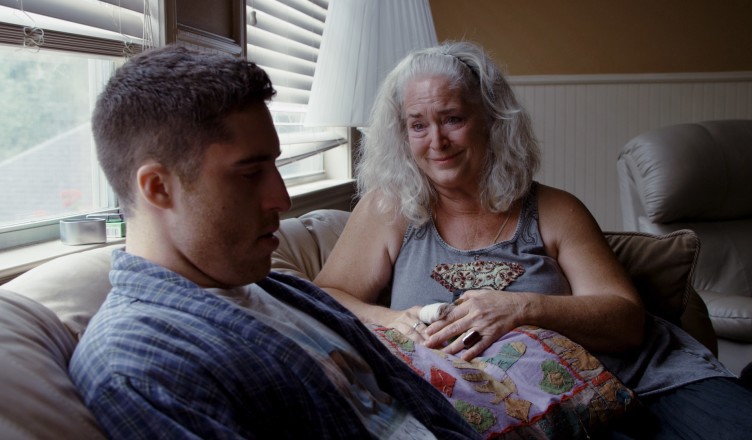 I already have a built-in affinity for the independent production “Krisha”, having grown up in the land of Texas suburbia which serves as the setting for this domestic drama.  My own experience does not reflect the manner of familial blood boiling turmoil and resentment clearly evident in the Trailer I just watched.  But the look and feel of the home, the surrounding environs and the distinctive affectations of Lone Star State natives all collectively resonate in a very personal way.

Written and Directed by first time filmmaker Trey Edward Shults, this movie appears to offer top-tier production values along with exemplary ensemble acting performances.  Neither of these are at all guaranteed in any indy effort, particularly with an inexperienced, albeit by all initial indications, talented, rookie ringleader in Shults.

Krisha Fairchild (“The Killing of John Lennon” but not a whole lot else) is gonna need to be pretty damn good as the title character to make this whole endeavor work.  The good news is that it would seem as if the veteran pro is more than capable of meeting, and perhaps well exceeding, that which is demanded here.

I look forward to seeing “Krisha”.  I am certainly not expecting a “pick me up” by any stretch.  However, I do anticipate that, at least to some degree, I will come away from the experience moved by, and impressed with, a novice’s creative vision which may serve as the solid foundation from which a bright and promising career is launched.