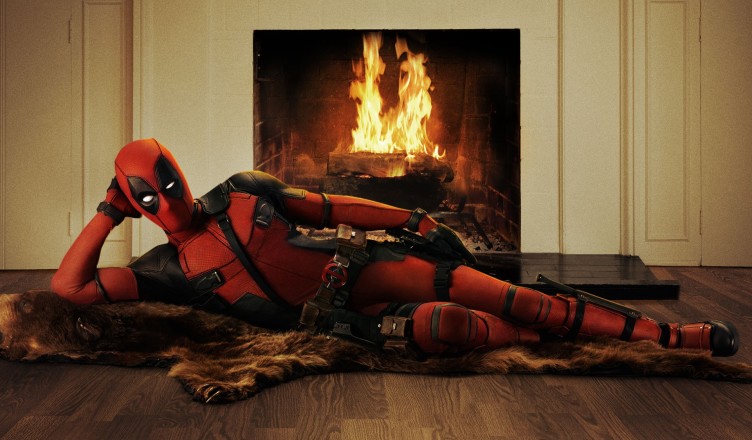 How does Twentieth Century Fox make up for the trainwreck that was Fantastic Four? They deliver you one of the best comic book character movies to date with “Deadpool”. The sarcastic, foul mouthed, and hilarious middle finger to the comic book movie genre is a groundbreaking. Deadpool made his first appearance on-screen in the flop that was “X-Men Origins: Wolverine”. That was the first time Ryan Reynolds was introduced as Deadpool, unfortunately it was wasted along with the film.

“Deadpool” is an origin story of the creation of the character. The movie focuses on Wade Wilson the man, and his path to becoming Deadpool. Wilson is a “fixer” of sorts, takes care of the bad guys, while being involved with bad dudes. Not the kind of guy that you’d cheer for. He does his job, falls in love, and then receives a terminal cancer diagnosis. The only option in front of him is to partake in a experiment (there is some Captain America vibe to this) that promises to cure him of the cancer. Of course the experiment fails and Wilson is left with a mangled face and body. These events lead to the creation of Deadpool.

“Deadpool” isn’t your typical superhero movie. It’s far from it. In way it presents itself as a satire of all things superhero. The Deadpool character is an ant-hero. He’s rude. Foul-mouthed. Arrogant. Self-centered. Angry. All characteristics that humanize him more than any other comic book inspired character. He’s relatable. The kinda guy you don’t want to be, but one that you can gain respect for due to his unapologetic and honest nature.

Thankfully the film went with the R-Rating. There is no way it could have been done as a PG-13 movie. The crude humor, gags, and constant f-bombs give the movie the credibility it needs. I know I just said f-bombs and credibility in the same sentence, but for this film it’s a necessity. The sex scenes are fairly explicit, further justifying the R rating. It’s evident that director Tim Miller and Reynolds had a great understanding of the character and presentation of Deadpool. The fine details transpire through the music in the movie, which is fitting to the tone. DMX’s “X Gonna Give it to Ya” and Michael Bolton’s “When a Man Loves a Woman,” couldn’t have been any less similar, but ironically those two songs are great choices used in the movie.

In the movie the fourth wall is constantly being broken. Deadpool narrates the movie and brings the viewer along with him for the ride. Credit the filmmakers for not dumbing down their audience, instead they openly reveal various thoughts you might be having while watching. The film manipulates you and sets you up for the reaction with the planted puns and one-liners. It’s a good thing. It made me feel as if the film understood me. The various references from Hugh Jackman to Batman and Robin are hilarious. Colossus and Negasonic Teenage Warhead (long name) are a big part of the movie and tie-in to the X-Men universe. The taxi conversations with the driver Dopinder and Deadpool’s is one of the better on-screen relationships in the movie, due to the running gags and advice they share with each other (not any good advice).

Ryan Reynolds IS Deadpool. It would be hard to visualize anyone else taking upon this role. The smart-ass attitude, wit, sarcasm, and charisma that he brings to the role is truthful to the character. This might be one of the more individualistic movies of its genre. Ryan Reynolds is the heart and soul that carries it throughout, and it wouldn’t work any other way. Morena Baccarin is an ideal complement to Reynolds playing his love interest Vanessa. Wilson and Vanessa are both ball-busters that would offend just about anyone, but together they are ideal. She is the inspiration for Wilson to get him through the day. T.J. Miller plays Wilson’s buddy Weasel and steals every scene his in. If there is anyone who gives Wilson crap, it’s Weasel. Great use of deadpan humor.

Deadpool the character and film blend seamlessly together by the commonality of being self-aware. It’s a good time at the movies with a fresh approach to the comic book genre. You don’t need to be a fan of comic book movies to appreciate and enjoy Deadpool. In a year that is loaded with superhero movies, this cinematic anti-hero is going to be the hardest one to take down.

2 thoughts on “Review: ‘Deadpool’ is Gonna Give It To Ya”