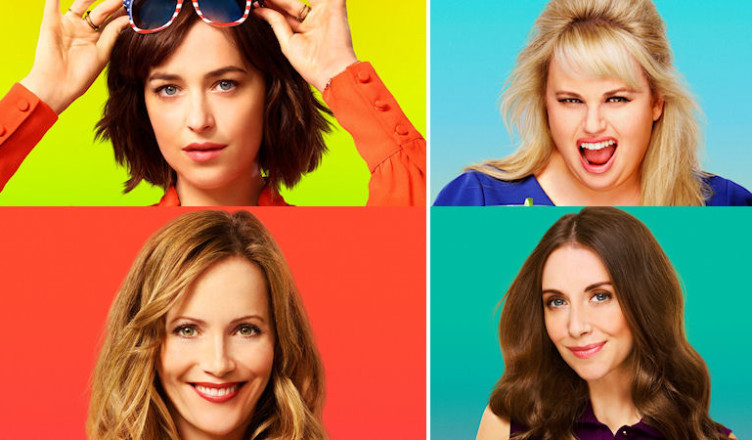 Synopsis: New York City is full of lonely hearts seeking the right match, and what Alice, Robin, Lucy, Meg, Tom and David all have in common is the need to learn how to be single in a world filled with ever-evolving definitions of love. (Imdb)

What happens when you take a poor man’s version of “The Hangover” and mix it with “That Awkward Moment” and replace the male leads with females? You get a messy movie called “How To Be Single“. Semi-funny, offensive, and borderline degrading. The film has some quality comedic female actors in Rebel Wilson, Leslie Mann, and Alison Brie, oh, and Dakota Johnson is the straight-faced lead of the movie. A year ago on Valentine’s Day weekend Johnson was the face of “Fifty Shades of Grey”, and now a year later the filmmakers of this movie chose Johnson’s character to be the focal point of the plot. They surrounded her with a supporting cast that’s supposed to make up for the lack of humor she provides, and it still doesn’t work. It’s not even about the actors, its’ about the way their characters are portrayed. Brainless. Careless. Confused. Lost. Emotionally unstable.

Alice (Dakota Johnson), Robin (Rebel Wilson), Lucy (Alison Brie), and Meg (Leslie Mann) are four single women struggling to find love in NYC. Alice is fresh off a breakup with her college sweetheart, she’s on a “break” from him. Robin is Alice’s wild, uncontrollable, sex crazed work companion. Meg is introduced as Alice’s older, responsible sister that apparently has zero self- awareness about her. Lucy storyline is separated from the rest, and if Meg is supposed to be the the one with no self-awareness then Lucy is manically unaware times 10. Relationship obsessed Lucy has no luck securing the man of her dreams–online.

This group of women are put through a series of uninspiring party and dating debouchery. The movie feels as if its at a standstill throughout. Parties. Drinking. Hookups. Repeat. There is nothing redeemable about any of these characters. Not once did I feel bad or sorry for their shortcomings. The men in the movie are portrayed as the rational, sane, and clever characters, dumbing down the female leads in the process. If this was supposed to be an attempt to showcase of any sort of feminism, it fell way short of it.

Dakota Johnson leads the way in this female ensemble and barely holds her own. She’s not awful, but sort of monotone in the role. Rebel Wilson is Rebel Wilson, she’s the same character in most of her roles, playing the loud, obnoxious, out-of-control sidekick, she’s no different here. Leslie Mann plays a fairly rude and emotionless character that’s a labor delivery doctor that dislikes babies, she forgot to bring her comedic chops to the table for this one. Alison Brie is largely forgotten, the disjointed storyline that she’s part of leaves a lot to be desired, or maybe it’s for the better that they chose to ignore her character? Either way she wasn’t used properly.

“How To Be Single” isn’t a total waste. It’s watchable, barely. There are a few chuckles during the movie, usually involving Meg and her 20 something boy-toy Ken, played by Jake Lacy, who could have been the MVP of this movie, if there was anyone deserving of being one. The scene at the baby store comes to mind. The movie tries too hard to be funny, the gags are forced and predictable. The characters are over-the-top in a slapstick kinda way.

The movie actually manages to slow down towards the end. The last 20 minutes are the strongest part, unfortunately by that point you’re worn out by all the ridiculous shenanigans for three quarters of the movie. Had they incorporated more normalcy earlier, it could have changed the overall feel of it. The film attempts to showcase the single life of a female as glorious and filled with non-stop fun times. While personally witnessing some of these antics and behavior on the dating scene, especially via online dating, there are fragments displayed that are truthful. The movie does a disservice to single women. This is not how any lady would like to be portrayed. “How To Be Single” is not a guide to being single, but it should make you appreciate being in a relationship. Now go ahead and give your significant other a kiss of appreciation.