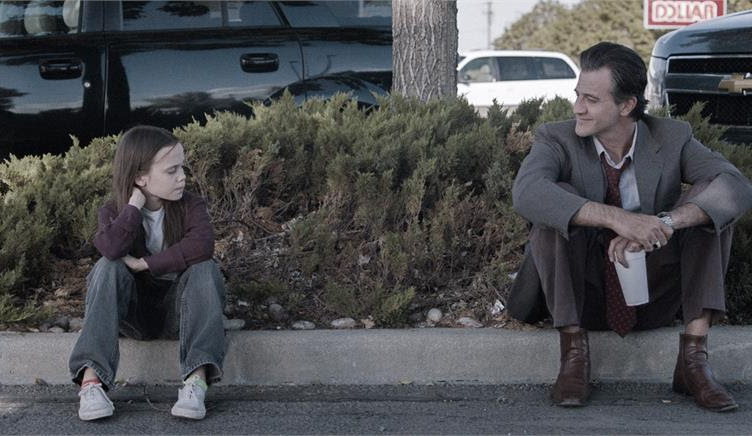 Based on the novel by Bonnie Nadzam, LAMB traces the self-discovery of David Lamb (Ross Partridge) in the weeks following the disintegration of his marriage and the death of his father. Hoping to regain some faith in his own goodness, he turns his attention to Tommie (Oona Laurence), an awkward and unpopular eleven-year-old girl. Lamb is convinced that he can help her avoid a destiny of apathy and emptiness, and takes Tommie for a road trip from Chicago to the Rockies, planning to initiate her into the beauty of the mountain wilderness. The journey shakes them in ways neither expects.

First things first.  “Lamb” explores a liaison between a male and a female which is unequivocally inappropriate, unhealthy and unsettling.  Not to mention illegal.  One half of this couple is a 47-year-old man.  The other, an 11-year-old girl.  And while the bond forged between them never becomes a sexual one, it is a relationship that categorically made me feel consistently uncomfortable and squeamish.

With personal position firmly established and hardly exclusive, what “Lamb” is ultimately about is two helplessly lost people consumed in a desperate search for someone who cares.  And someone to care for.  I definitely can never condone the manner in which this compulsion is consummated here.  However, I completely understand this fundamental need burning in us all.  This is a film that tests in boldly serious and stark terms our limits of what defines such integral human connection.

Ross Partridge writes, directs and stars as David Lamb, a man so emotionally damaged that he sees a child as the savior of his severely scarred soul.  Partridge’s role is a massively difficult one to deliver upon effectively, constantly balancing precariously as he must upon the most sensitive of fine lines.  His personification of David maintains the essential equilibrium demanded throughout, ultimately delivering as he does so an astonishing performance that is at once loathsome as it is emotionally cataclysmic. 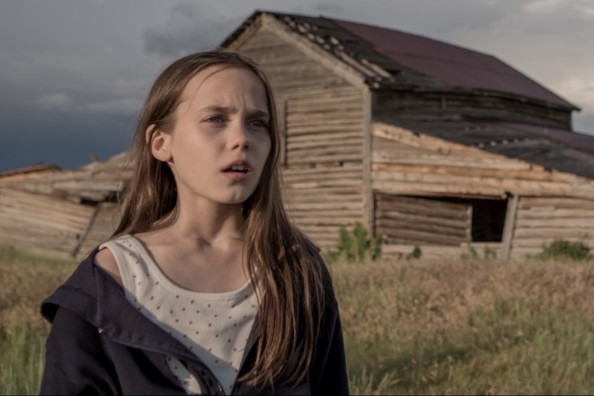 Oona Laurence (Southpaw) is positively transcendent.  Appearing to be even younger than she is supposed to be here, Laurence infuses her understandably deeply conflicted character of Tommie with an impressively mature perspective intertwined with a naïve innocence.  She owns the final moments of this movie.  They are powerfully effecting.  Expect that they will stay with you, as they surely have done with me.

Partridge vividly conveys the evolution of this peculiar pair’s partnership through his wholesale contrast in setting.  Beginning with a series of scenes from a dispiriting urban underbelly, the director deftly shifts the environment markedly, transporting us to and among the spectacular wide open spaces of the American western prairie.  It is a sense of Shangri-La realized-a blissful place of near perfection for the curious couple.  And it is a state of being we all know can not realistically be sustained.

“Lamb” will no doubt meet with controversial reception by audiences and critics alike.  Be this as it may, Partridge has succeeded mightily in crafting a motion picture that I believe ascends well above the territory of simple shock value and exploitation.  And should you choose to experience his story, and can somehow permit yourself, while certainly to not ignore, but rather interpret beyond the inherently troubling subject matter it examines so unflinchingly, you may find, as did I, that you have been uniquely and richly rewarded.