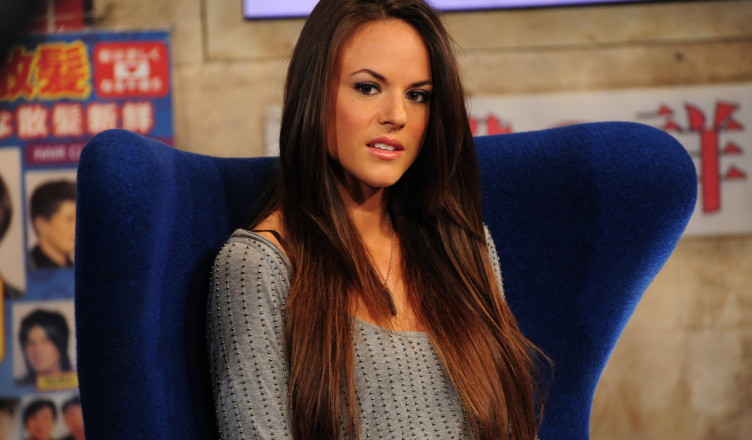 With the release of “I Spit On Your Grave 3” (available now), I spoke to the star of the film Sarah Butler who plays Jennifer Hills. In the interview Sarah talks about her preparation for the role, her fears, and if she would return for a fourth film.

First impressions of the script: It was a gradual process. It went from saying absolutely not, I’m not even going to go to this audition it’s disgusting and repulsive to me finding the value in the character arch that was that strong.

On how she prepared emotionally and mentally for the role: There wasn’t much preparation to be done honestly, I was just basically having to react to anything that was handed to me. I didn’t have a lot of decision making to be done, I didn’t have to plan much out, Jennifer Hills is a girl like Sarah Butler, she’s a girl that’s made a career for herself, she’s driven an independent and not afraid to be on her own and experience the world, the only difference is that she goes through this horrific event and that itself is a tough thing to imagine.

The natural progression of the character throughout the movies: The third (movie) is the true continuation of Jennifer’s storyline. It’s a completely different part of her journey. At this point Jennifer is attempting to reintegrate herself to society in a way that she can at least maybe hide in it. The movie is about if she can hide? Can she truly  hide from her past and pretend it didn’t happen or will she have to confront her demons.

On what her fears are: For me the scariest subjects are the ones that seem most plausible. For me I’m not afraid of ghosts or monsters, I’m afraid of real life psychos. I’d love to be a criminal psychologist if I wasn’t an actress, because it fascinates me to try to understand why people do the evil things that they do.

How she wants people to perceive the film and her character: There is a level of truth and fear in these films. I always gravitate towards strong female characters. I do like that she’s a strong person. The other thing that makes the character interesting and intriguing is that characters weaknesses. Jennifer certainly has weaknesses just like everyone, but the only thing is that she’s determined and rises above them whatever they may be.

On her taking away anything from making these films: You learn something on every film. It could be something technical, or if it reveals something about your personality through the performance and through the connection with the character. I found it difficult to connect with emotionally to Jennifer Hills in this particular film just because she’s so far gone at that point that it no longer resembles Sarah Butler in any way. I could definitely say I learned a lot on this film about focus. It required enormous amount of concentration from me. I learned how to work on this movie.

On her continuing the franchise: I think I would leave that up to my fans. I feel like it’s really important to pay attention in these franchises. Sometimes the fans are begging for more movie after move, and in that case absolutely. I love to play pretend no matter what circumstance it is. This role has been a real gift to me in my career. The fans have been the real gift. I have got so many cool people out there that think the world of me all because of this franchise. If they want to see more Jennifer Hills, I’ll definitely give it to them.

One thought on “Interview: Sarah Butler Discusses ‘I Spit On Your Grave 3’”