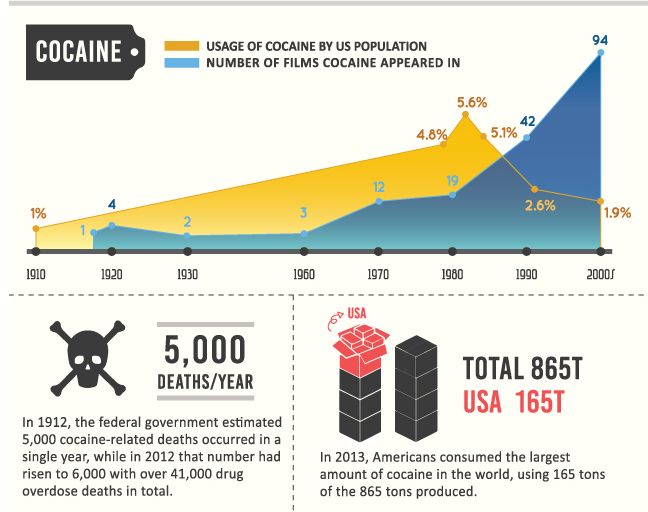 Over the course of cinematic history, drugs have slowly inserted their way into the narrative of more and more films. While considered taboo in earlier times, by the time Easy Rider came onto the scene in the late 60s, drugs were an integral part of major motion pictures. After Al Pacino’s unforgettable roles in films like The Panic in Needle Park and Scarface, almost anything was fair game as the controversial genre paved the way for filmmakers like Quentin Tarantino and Darren Aronofsky.

Given the influence drugs have had on filmmaking and the filmmakers themselves, the New York Film Academy put together a comprehensive infographic called “High Cinema: Drugs in Film Infographic.”

The infographic examines both how film shape our understanding of drugs and how popular usage and legislation have shaped filmic depictions of drugs.

Have a look for yourself, but try to remain sober during your browse.