The dog days of winter have taken over. Football season is over–Denver Broncos are the champions. Awards season is wrapping up. Unless you live in a warm climate region, you’re probably freezing your butt off. What better way to spend an evening than catching up on some movies and shows you might have missed. If you missed the previous list of the Fall movies and shows, check it out here. For now, here is a list of some entertaining winter releases that you might have missed, but need to check out: 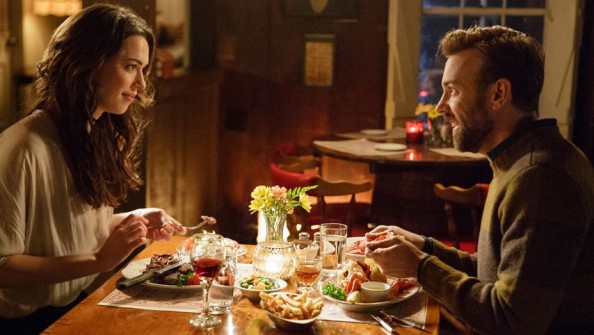 The film is about loss and discovering new beginnings. A young woman loses her musician husband which prompts a hot-shot New York writer to confront her about her husbands death. Jason Sudeikis and Rebecca Hall are ideal leads in this romantic comedy drama. Sudeikis is his usual deadpan funny, but with a sensitive side that you don’t often see in his characters. Hall is once again on top of her game. The back and forth playful relationship is charming and sincere. The story takes place in Maine, which seems to be an ideal setting for these characters. The film is simple in a good way, as it doesn’t try to do to much besides establishing and focusing on the relationship between the main characters. 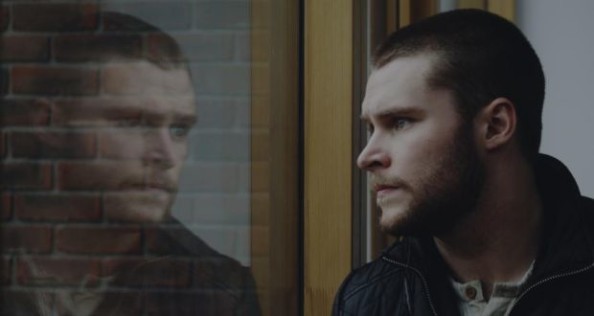 Dark, raw, and emotionally draining. “Glassland” isn’t the prettiest of films, but it’s one that’s relatable to many people. Set in Dublin, Ireland the film is centered around a taxi driver played by Jack Reynor (who is fantastic in the film) getting involved in a human trafficking scandal in order to save his mother from her addiction to alcohol. Writer/director Gerard Barrett takes you into two distinctly dark and sad world’s that the character has to navigate through. It poses the question of what lengths someone will go to in order to save their family. Toni Collette plays the alcohol addicted mother of Jack Reynor’s character. “Glassland” is an unpleasant movie to watch, but one that deals with real personal human struggle. Serious subject matters depicted in an authentic way, and the terrific performances by Reynor and Collette make this a movie to see.

Release Date: Available now in select theaters and On Demand.

A 2016 Sundance Film Festival Selection, this family friendly film is ideal for kids and adults. It’s about kids from a small village get together during winter break to create the ultimate snowball fight. Luke and Sophie and two 11-year-olds in charge of their respective teams, they have until the end of winter break to take over the opposing fort and win. The computer animation is really cool, right on track with the likes of “The Boxtrolls” and “Hotel Transylvania”. The film sends a positive message about friendships and resolving competitive conflicts. The film has a nice soundtrack including songs from Celine Dion, Simple Plan, and Walk Off The Earth. 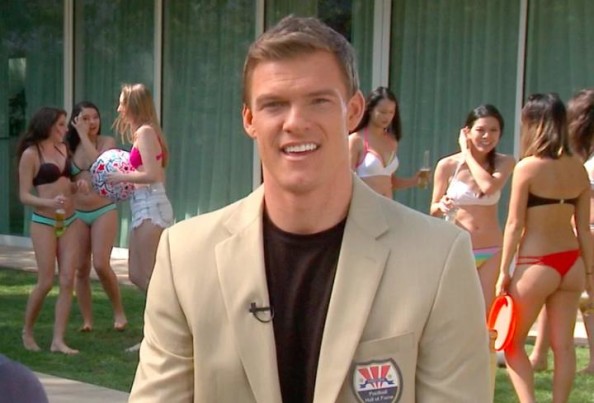 Fans of the Spike TV series Blue Mountain State will be pleased to know that the movie version of the film has arrived. The series was a cult hit, a football themed “American Pie”. Five years after the show concluded the main cast is back for the film. Alan Ritchson reprises his role as Thad Castle (Ritchson also plays Raphael in the Michael Bay Ninja Turtles movies), this time Alex (Darin Brooks) throws a party for Thad in order to convince him to buy the Goat House. The film doesn’t deviate from what made the show a success, debouchery, beer guzzling, and sex is all a big part of the film. It’s a bit of a throwback to the days of American Pie and what made those college party films so fun to watch. The over-the-top ridiculous antics of The Rise of Thadland deliver some solid laughs. 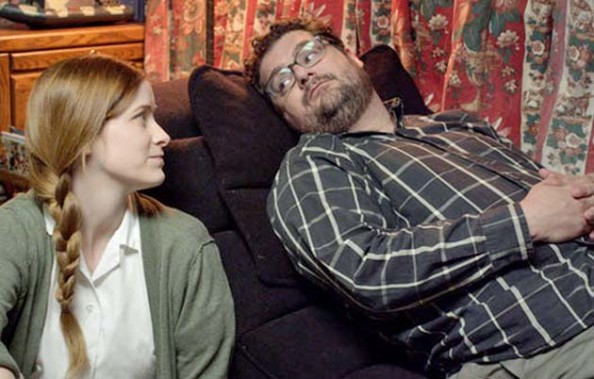 Judd Apatow brought us the “40-Year-Old Virgin” with Steve Carell, now writer/director Liz Manashil brings us “Bread and Butter”, which centers on a virgin woman nearing her 30’s. Amelia Karinsky (Christine Weatherup) is a misfit, she’s nerdy, unaware, and sexually inexperienced. She finds herself being pursued by two men. One is desperate and the other is neurotic. Her parents are overbearing. Her boss is wacky. Amelia is trying to discover herself amid the chaos in her life. This film has a sincere take on a woman dealing with the pressure from people in her life, while also attempting to fit into the societal norm. It’s nice to see a film address female sexuality from a young woman’s point of view. This is a feminist romantic comedy that should appeal to many. 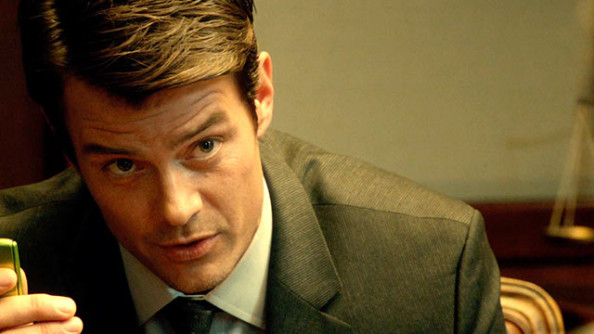 Blackmail, corruption, big money fraud are all good elements of a thriller. This film has all that and more. Josh Duhamel plays a lawyer that’s on the verge of exposing a pharmaceutical company corruption. The head of the corporation is played Anthony Hopkins and he won’t let his company be exposed, os he takes every measure to stop the Duhamel’s character and making his life miserable in the process. Al Pacino rounds out this powerhouse cast. “Misconduct” is an exciting movie full of twists and turns. It feels as if every scene is raising the stakes higher. Thrillers of this concept aren’t groundbreaking and have the potential to fail, but “Misconduct” manages to turn up the tension and craft a thoughtful plot that doesn’t confuse or bore. The R rating helps the film’s overall presentation.

Release Date: Available now in select theaters and On Demand 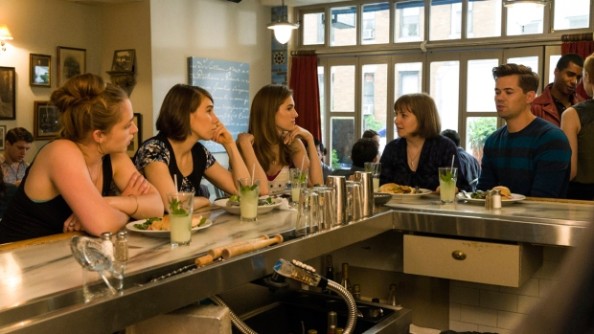 The hit HBO original series’ fourth season marks a turning point for the main characters. The girls have reached a point of their lives where they are attempting to find success, overcome personal obstacles, all while discovering themselves. Hannah (Lena Dunham) goes to Iowa to enroll in a writing program workshop. Marnie (Allison Williams) is pursuing a music career. Shoshanna (Zosia Mamet) finishes school and is looking for a career job. Jessa (Jemima Kirk) is trying to clean herself up by attending AA. Not to mention the girls attempt to sort out their issues with their romantic interests. Season 4 of Girls has a total of 10 episodes, and the Blu-ray offers a handful of fun bonus features. 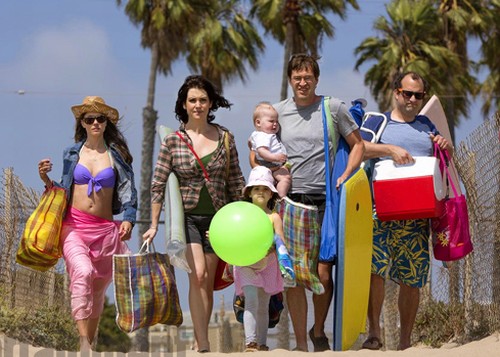 Indie filmmakers the Duplass brothers first attempt at television is a success with Togetherness. It’s sort of Full House without the kids, but people entering their 40’s. Mark Duplass stars as Brett, a sounds designer trying to find himself. Playing his wife Michelle is Melanie Lynskey, and Amanda Peet plays her sister Tina. The wild wackiness of the characters living under one roof brings about some genuine laughs. There is something to be said for these people encountering real issues that strike many (middle age crisis), it’s a real thing. This is a show that can be easy to get hooked on, season one is worth checking out. 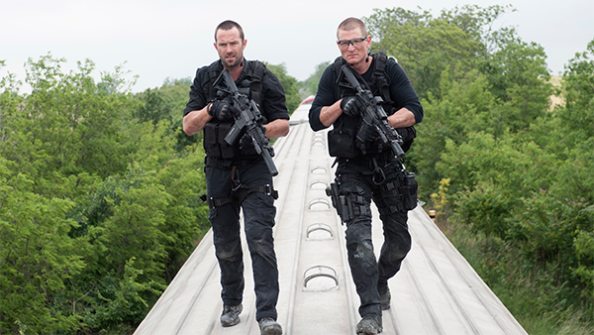 For those that have followed the Cinemax series Strike Back know that this is an explosive show–literally. It focuses on two special agents, British spy Michael Stonebridge (Philip Winchester) and American Delta Force operative renegade Damien Scott (Sullivan Stapleton). Stonebridge and Scott will travel across the globe to complete their missions. This final season of the show is more action packed than the previous ones. While it’s the final chapter for these characters, the filmmakers leave nothing to be desired. 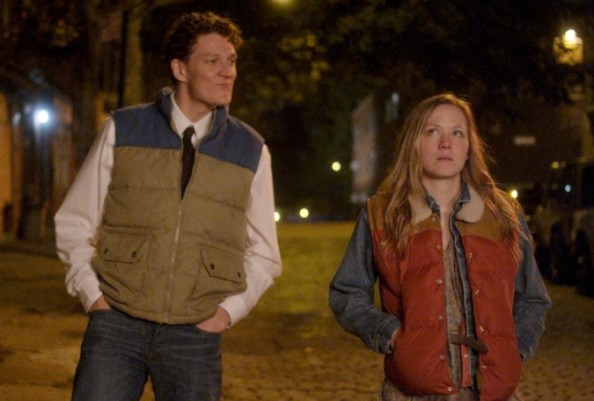 This is a sincere film about a young woman with autism attempting to find a boyfriend with the help of her sister. Jane (Louisa Krause) is a woman in her mid 20’s living with autism, she is asked to move in with her older sister Bianca (Eliza Dushku) who is newly engaged. The sisters relationship is put to the test as Bianca attempts to help her sister find love, while keeping her own relationship on course. The relationship between the sisters is really intriguing to follow. The film raises some questions and points in regards to dating in today’s day and age, especially the difficulty of dating for someone dealing with autism.