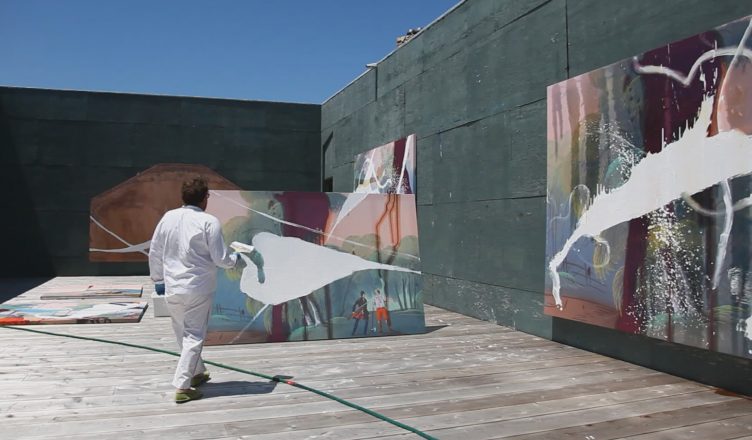 Julian Schnabel is a rock star artists that many have never heard about. The NYC painter doesn’t seem to garner the mainstream recognition as a Andy Warhol does, but yet Schnabel’s work has been revered by the celebrities and art connoisseurs for decades. This documentary takes a look at the life of the man and artist with various testimonies from peers, fans, personal friends and family members. I didn’t find it necessarily compelling.

For someone who had no idea who Schnabel was, this film does a solid job elaborating on his life and work. You will learn about Schnabel by watching this film. The insight is provided by many of his closest friends and family members. Schnabel has a eclectic group of admirers that includes Al Pacino, Bono and Willem Dafoe. That’s a nice group of celebs to laud your work. It helps to see recognizable names lend their credibility to this artist. As neat it is to hear from these celebs, the more interesting content comes from Schabel’s family members, his ex-wives and kids. The insight they provide to living with Schnabel, the man and artist, are the most interesting testimonials. One in particular that stood out to me is when his son describes what it was like growing up and having friends come over to the house and how they were in awe and didn’t know how to navigate around his art work. 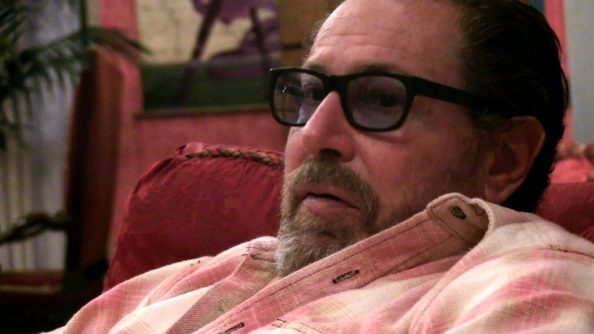 Aside from being a famed artist, Schnabel was also a film director. The film delves into his filmmaking life and provides behind-the-scenes footage of him on set interacting with actors. In Before The Night Falls, he worked with a young Javier Bardem, so seeing the footage from that film and the interaction with Schnabel. There is a discussion between Schnabel and actress Emmanuelle Seigner about their film The Diving Belle and the Butterfly, but the interesting part that derives when Schnebel’s daughter explains that her father casts characters in his movies that resemble people in his life, with Seigner character being reminiscent of one of his ex-wives. This is the sort of unique inside look into the mind of Schnabel from people closest to him.

I’m not doubting that Schnabel’s story deserved to be told, but I don’t think it was presented in a entertaining and interesting manner. I found this documentary to be dull. There are a few moments that grabbed my attention, but it didn’t keep me invested. I found it to be somewhat self-serving. Schnabel is the executive producer for this film. There seemed to be only one side to the story, that being the praise of Schnabel from people closest to him.

His various pieces of work are showcased, but I wanted to know more about his most notable work, which is the art he makes with broken plates. How did he come to this art form? What makes this work special? Those questions aren’t given the answers to.

Ultimately, A Private Portrait is a nice documentary. People who don’t know much or anything about about Schnabel will get a look into his life from the people that know him best. The film falls flat in keeping the interest going. Had it been a 30 minute television documentary, it would have been a lot better and compelling, but at 84 minutes it is way too long to keep most engaged.