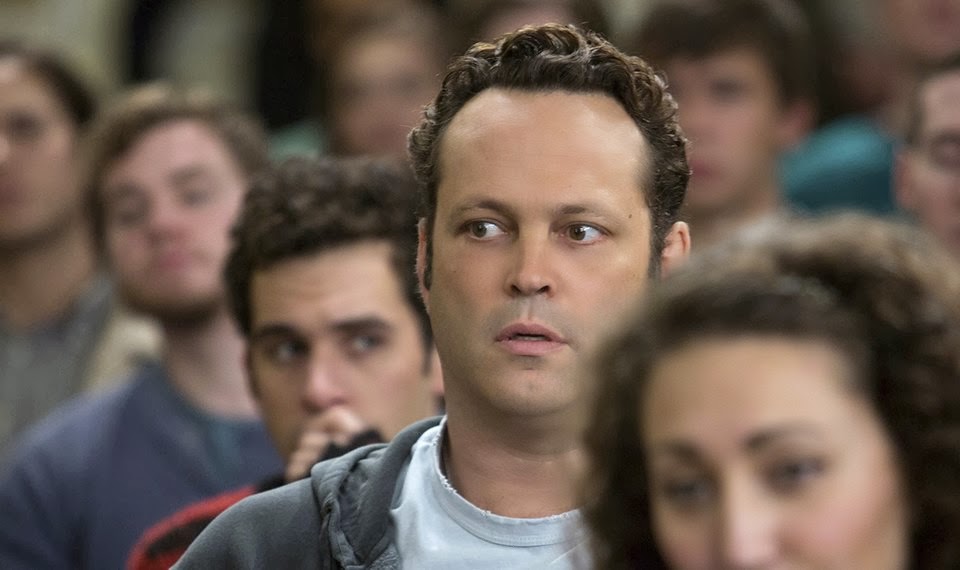 You donate sperm for a little extra cash, but that little job is eventually going to turn into little people, that eventually turn into tewntysomethings. Imagine if you found out that you were a father of 533 kids. All of a sudden, your peaceful life is flipped when 142 of those kids demand to meet you. They need a father in their life. Delivery Man, which is  a remake of the film Starbuck, also directed by Ken Scott, looks like a pretty funny , yet generically funny, film featuring some of comedies favourites Vince Vaughn and Chris Pratt. One thing to take from this trailer – think before you visit that sperm bank…

From DreamWorks Pictures comes “Delivery Man,”the story of affable underachiever David Wozniak (Vince Vaughn), whose mundane life gets twisted in a knot when he finds out that he fathered 533 children via sperm donations he made twenty years earlier. In debt to the mob, rejected by his pregnant girlfriend, things couldn’t look worse for David when he’s hit with a lawsuit from 142 of the 533 twentysomethings who want to know the identity of the donor. As David struggles to decide whether or not he should reveal histrue identity, he embarks on a journey that leads him to discover not only his true self but the father he could become as well.