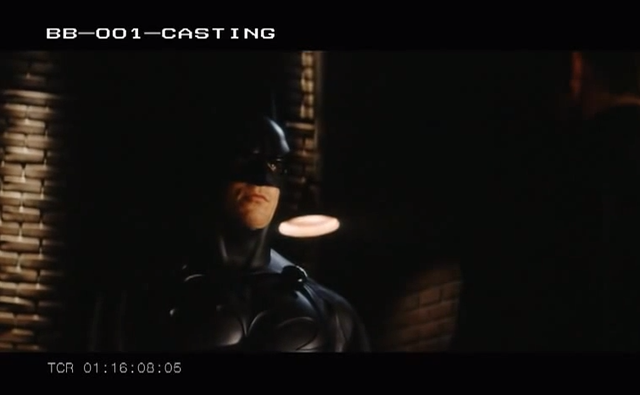 I like Christian Bale, he’s just not my favorite Batman. That title goes to Michael Keaton. Its not that Keaton is the best Batman, it’s just that Michael Keaton was the most impressionable with me. Christopher Nolan did amazing things with his Dark Knight and a lot of what I enjoy about his Batman movies is the level of thought that was required from a creative standpoint and also a little bit of what the film themselves ask from the viewers.

There was a lot of planning with regard to the introduction of Bruce Wayne and  Batman in Batman Begins, which is why Batman doesn’t show up in costume til the near end of the film, and watching this clip helps me put into perspective a lot more of the planning that goes into making these fantastic films…

but in the same token I feel like I lost something by seeing Bale in the prior Batman suit.