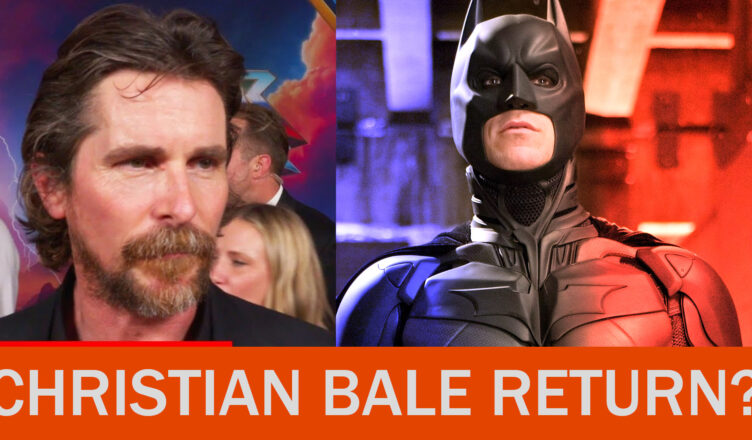 Christian Bale is promoting his appearance in his new movie Thor: Love and Thunder. While being interviewed fans can’t help but ask the actor about his history as Batman. Comicbook.com spoke with the actor and asked about his time as Batman and if he would reprise the role. There are multiple iterations of Batman in film now and he answers if anyone has asked him to return:

“No, no, no. Nobody, nobody reaches out to me or they keep me like a mushroom, keep me in the dark and feed me sh-t,”

He further went on to add if he would ever return to the character and gave a surprising answer:

“For me, that would be a matter of Chris Nolan, if he ever decided to do it again and if he chose to come my way again, then yeah, I would consider it because that was always our pact between each other is we would just stick to it. We said we would only ever make three. And then I said to myself, and I’d only ever make it with Chris.”

I find it interesting that NOBODY has asked the actor to return. Christian Bale made it very clear after The Dark Knight Rises that he was done with the character. He also made it clear that he and Christopher Nolan would have to both agree to return and it seems this stands true.

The idea of Christopher Nolan working with Warner Bros. again used to seem like a long shot. Nolan had a falling out with the studio during the pandemic when it was announced that films would have a simultaneous release in theaters and HBOMax. Since that time WB has become Warner Bros Discovery and has a new vision for the future of DC Films.

I can’t wait to see if anything comes from this. That’s all I have for this one…