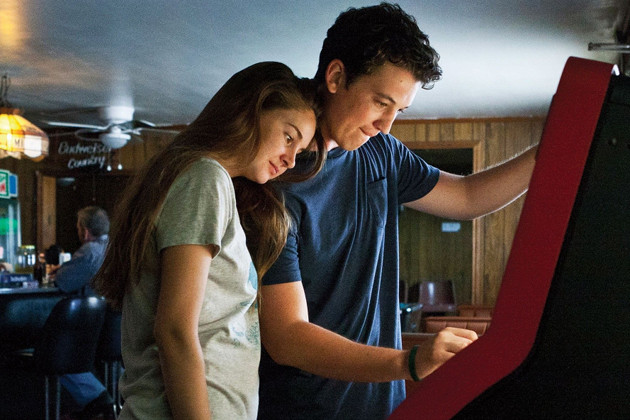 The Spectacular Now premiered at the 2013 Sundance Film Festival in January, where it received the Special Jury Award for Acting.  It looks like a pretty fresh and real take on teenage interaction, with a mature approach to telling the story of a young boy living for the now. Acting from Shailene Woodley and Miles Teller looks to be something great.

With sly humor and an intensity of feeling, THE SPECTACULAR NOW (directed by James Ponsoldt) creates a vivid, three- dimensional portrait of youth confronting the funny, thrilling and perilous business of modern love and adulthood. This is the tale of Sutter Keely (Miles Teller), a high school senior and effortless charmer, and of how he unexpectedly falls in love with “the good girl” Aimee Finecky (Shailene Woodley). What starts as an unlikely romance, becomes a sharp-eyed, straight-up snapshot of the heady confusion and haunting passion of youth – one that doesn’t look for tidy truths. The film was written by Scott Neustadter and Michael Weber (500) DAYS OF SUMMER and also features wonderful supporting turns from Brie Larson, Kyle Chandler, Jennifer Jason Leigh, and Mary Elizabeth Winstead.