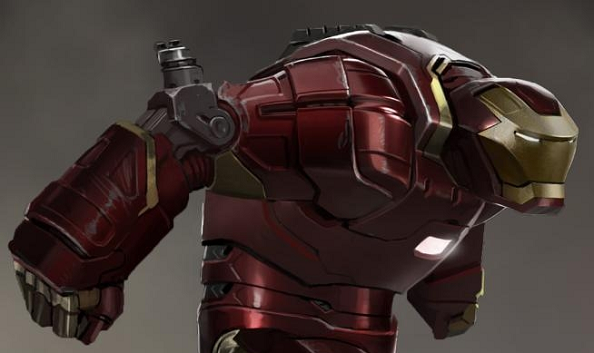 Some very interesting concept art from Iron Man 3 has revealed two new suits that could be added to Tony Stark’s arsenal, with one being a particular fan favorite, the Hulkbuster armor, which was primarily used for battling the Hulk and other overly strong opponents. If this concept art is any sort of revelation of what is to come in the third installment of this film, then fans are going to leave with their brains overloaded. I hope that we see these concepts make their way into the film. Check out the art below.

The Space Armor is more than expected to be seen at some point in the film, since there’s enough smoke to believe fire is brewing somewhere. How it will relate to the plot, and whether it was merely planned but ultimately cut are questions that only Marvel and Disney can answer (they won’t). At this point, there’s little else to say besides this armor being a slick design that we’d be more than happy to see in the films at some point.

The Hulkbuster Armor has our attention for far more reasons, not the least of which being the complete lack of any evidence that the Hulk will be appearing on screen soon, let alone this summer.