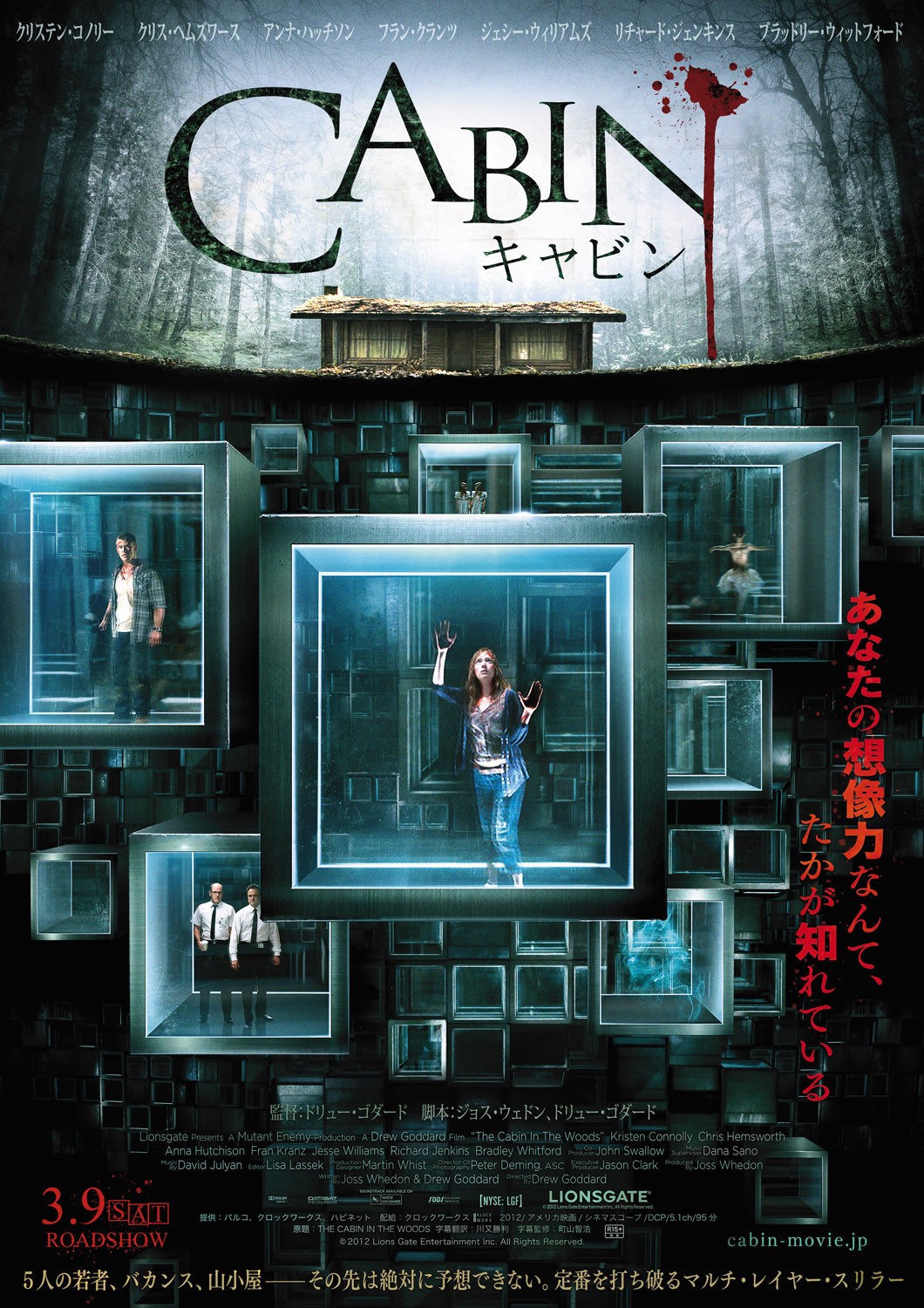 Better late than never, right? I just discovered a Japanese poster for Cabin in the Woods that seemed to cool to not share no matter how long ago the movie was released. Cabin in the Woods was one of the highest rated films for TMB in 2012 and still has people talking well into 2013. Check out the poster:

4 thoughts on “Japanese poster for Cabin in the Woods”