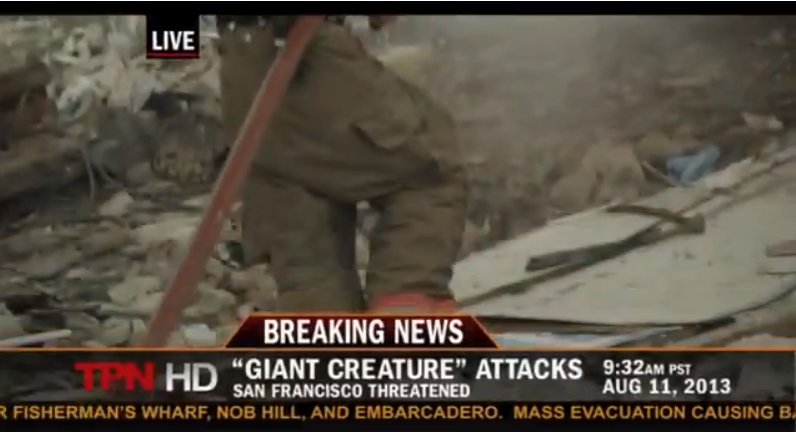 There’s reports of an attack off the coast of the Pacific. Video footage of the attack has made its way online for all of us to get up to speed on the current events of this crisis.  I found some footage on YouTube and embedded below for everyone. Stay safe!!!!

Yes, this is the viral marketing for Pacific Rim and although its not orginal it does appear to be promising. I love how more movies are starting their marketing campaigns much further in advance of release and is clearly following in the footsteps that contributed to Prometheus’ success. Check out the other items released for this campaign below: