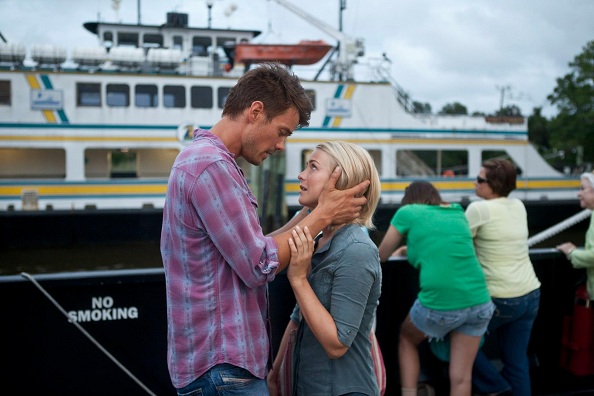 Soon to be added to the “Chick Flick Friday” list is yet another Nicholas Sparks film adaptation. ‘Safe Haven’ has a typical plot about a young woman with a mysterious past who falls for a man with relationship issues of his own. The film stars Julianne Hough, Josh Duhamel, and Cobie Smulders, take a look at the trailer below.

Yet another chick flick with with a light plot and an over exaggerated love story. I hope this isn’t as bad as “The Lucky One,” which I was forced to sit through…haha. I do think that Julianne Hough looks pretty damn good in a bikini so the film has that going for it, but I have yet to enjoy a Nicholas Sparks film. Expect another edition of “Chick Flick Friday” to be in the works upon this film’s release.