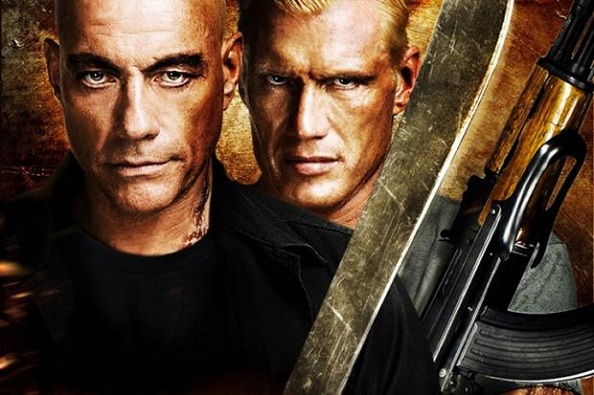 For those of you Jean-Claude Van Damme fans out there, you may remember the film “Universal Soldier” which was a quasi-popular action film from the 1990s. The film carried many of the signature Van Damme kicks and crazy eyed screams that made it one of those horribly good guilty pleasures that many of us frequently viewed. Unfortunately there were multiple sequels that followed that just qualified as horrible and had no trace of good in the film. Now, after years of lying dormant, the “Universal Soldier” franchise is being tapped once again, and hopefully we’ll get a horribly good rather than just plain horrible film with the upcoming release of “Universal Soldier: Day of Reckoning.”

Somehow they are having Dolph Lundgren reprise his role even though he died in the first film, but I guess when you have cloning involved in a film you can kill and resurrect as many characters as you want. I think both Lundgren and Van Damme are trying to fan the flame of success from their roles in “The Expendables 2,” but is this franchise really the right choice? If this movie is at all watchable, I think this is the right choice for these actors; it’s killing two birds with one stone by doing a film they both starred in. They both have their time in the spotlight right now (however small that spotlight may be) and for them any recognition is good recognition. I’m also surprised that this film is actually going to be in theaters rather than being a straight to DVD/Blu-Ray release. I suspect this film will be VERY bad and won’t stay in theaters long but for those who remember the original film, it could have a curiosity effect and draw in small crowds.