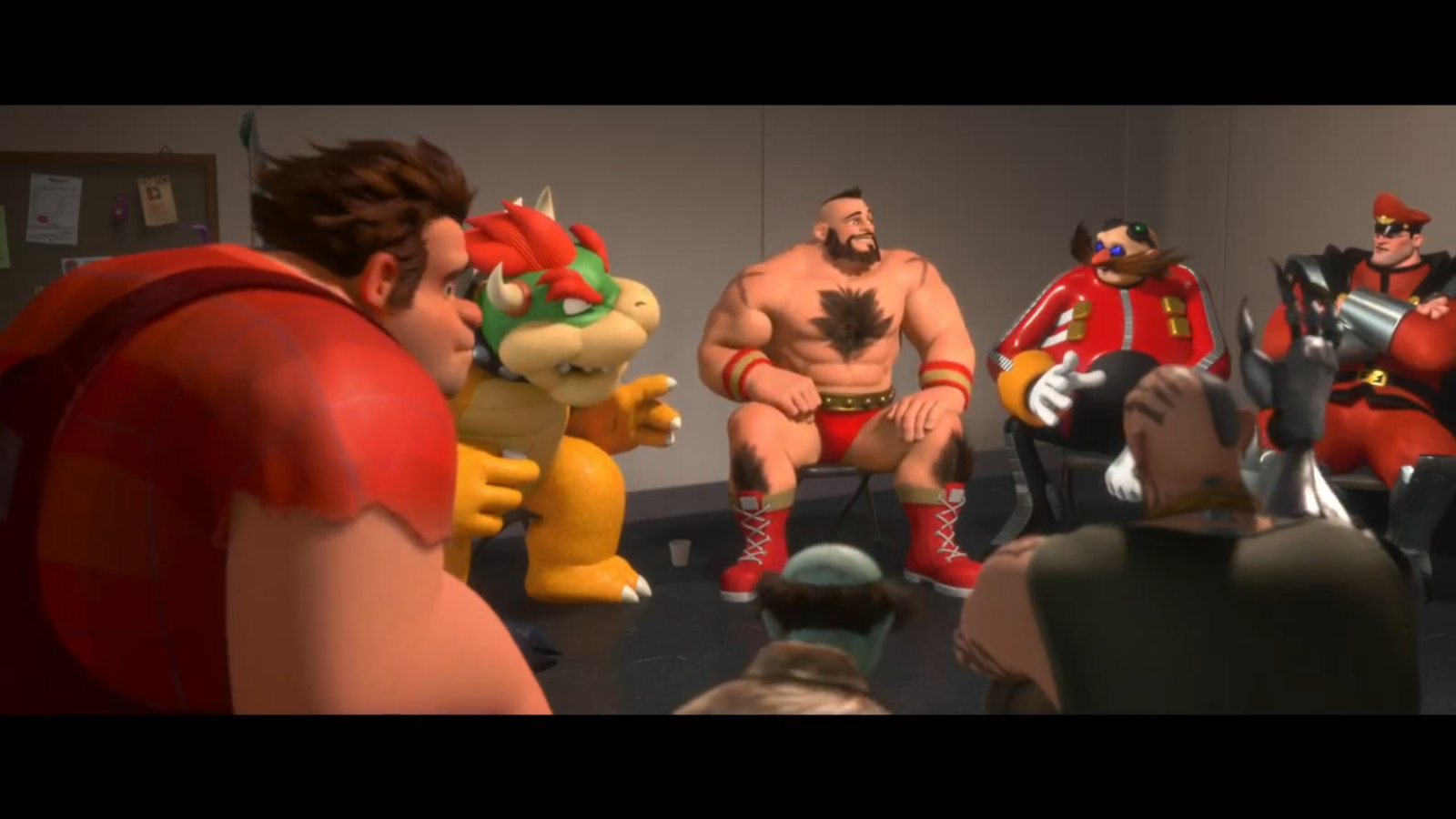 I have not been giving enough attention to Disney’s upcoming animated feature “Wreck it Ralph”. I’d been pretty ignorant about some fictional game character  coming to life and having an adventure. I expected some cliches from known videogames to appear. Maybe a 1up or something but Disney went ahead and took it a step further by including ACTUAL well known video game characters. Yoshi! Bowser! Sonic! Q-Bert! They’re all here so you 70’s and 80’s babies need to check in and check out this video. NOW!

Disney may have finally figured out how to make a 3D movie not produced by Pixar that captures my attention. Why was I under that rock for so long and ignoring this film? I’m kicking myself over this one guys but also SHAME ON YOU! Why didn’t you tell me?!