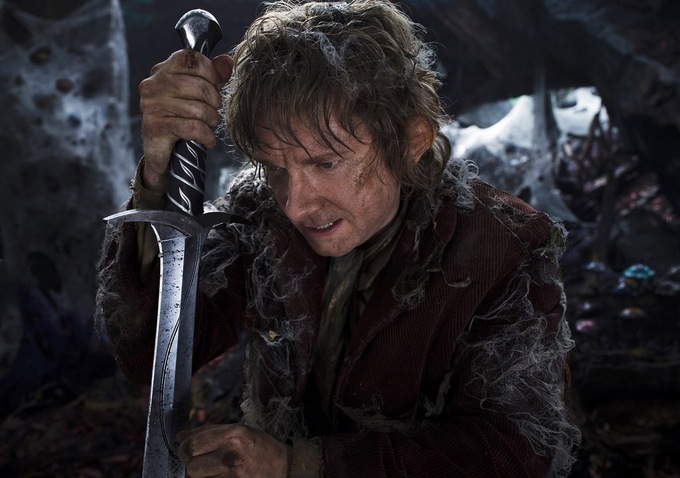 The Third Hobbit movie has a title. What third Hobbit movie? Silly rabbit, the one the Peter Jackson was lobbying for back during the San Diego Comic Con. Yes, international friends, the third movie will happen and it now has a title and even a release date:

The much rumoured and now 100% rock-solid official third film in Peter Jackson’s latest visit to Middle-earth does have a name. And that name is… The Hobbit: There And Back Again.

Yes, that was the original name of the 2nd film in the now-trilogy but there’s bit of a shake-up with that as the 2nd film will now be known as:

…now the middle chunk will be called The Hobbit: The Desolation Of Smaug.

So the 2nd film title got shifted to the third film but the new title of the 2nd film is pretty badass. Confused? No? Good. With that said and clarified we also have the release dates for all 3 films that will make you scratch your head with a gleeful grin.

The Hobbit: An Unexpected Journey arrives on Dec 14 this year as planned, and The Hobbit: The Desolation Of Smaug hits screens on December 13, 2013, as was always the schedule for the second film. Then the freshly retitled The Hobbit: There And Back Again will be in cinemas on July 18, 2014.

The Hobbit in the Summer? Good gosh almighty they’ve just planted a mighty big flag in a highly desirable date. Isn’t there a Spider-Man or Galaxy Guardians film in that same time frame? What brave souls will dare stand in the shadow of the One Ring and release a film within that window? In case you can’t tell, I have a gleeful grin. That’s all for now…