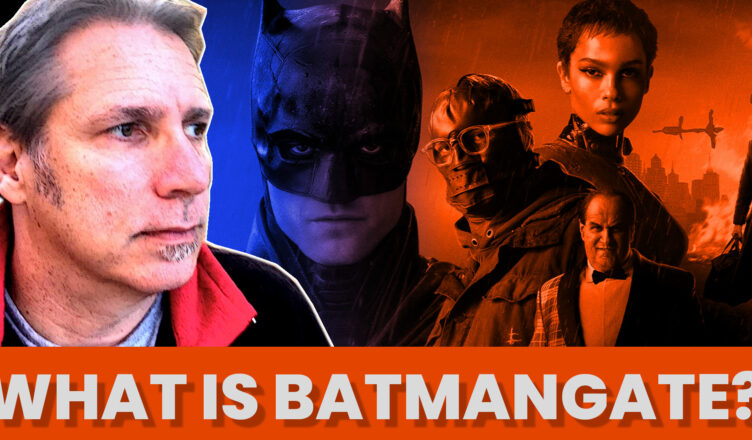 DC Comics penciler Chris Wozniak has new evidence to back up his claims that Matt Reeves stole his ideas for The Batman. The Matt Reeves film The Batman premiered on March 4, 2022, and stars Robert Pattinson, Zoe Kravitz, Geoffrey Wright, Paul Dano, Colin Farrell, Peter Sarsgaard, and Andy Serkis, and John Turturro. The Batman was certified fresh on Rotten Tomatoes and currently sits at a score of 85% from critics. The film also did very well at the box office grossing $770.8 million worldwide.

With all the controversy surrounding DC Films, this accusation by Wozniak just adds more fuel to the fire. Within the last few weeks, DC Films has shelved Batgirl, a move that shocked the fan community. The studio made the decision not to release the nearly $90 million Batgirl on any platform but yet they are going ahead with The Flash despite Ezra Miller’s legal trouble. Warner Bros. has also slowed production on several upcoming projects including Supergirl, Green Lantern Corps, Static Shock, and J.J. Abrams Black Superman film. Warner Bros. Discovery CEO David Zaslav has called for a reset on the entire DCEU, claiming that they are looking to produce quality films. DC Films appears to be in a state of chaos and it’s not looking good for fans of the beloved properties.

In a video released on his YouTube Channel, DC Comics penciler Chris Wozniak claims that Matt Reeves did not write an original screenplay for The Batman. Instead, Wozniak accuses Reeves of stealing his ideas and he has new proof to back up his claims. About a month ago, Wozniak publicly accused Reeves of stealing an outline of a Batman story he wrote back in 1990. This new video discusses the differences between Reeve’s story and his own. He goes beat for beat with each difference between the two stories and points out a one-to-one parallel between both stories. Wozniak goes on to state that the stories are the same in structure and in execution. You can see the full video below:

After watching the video it’s pretty clear that the stories are incredibly similar. They both involve the same antagonist and the same beats. Wozniak is right when he says, “these are not differences, these are rewrites.” It certainly appears that Reeves used the story as an outline for his script. If he didn’t, it’s the biggest coincidence in history. The stories are so similar that it’s very hard not to believe Wozniak. His points are cogent, well thought out, and apt. This whole situation also makes things look worse for DC Films. DC Films is currently suffering a lot of controversies given all the headlines recently. This is just another in a long line of PR nightmares for the studio. I’m sure they will try to sweep this story under the rug, but they shouldn’t get away with this. Writers should be paid for their ideas. Wozniak should get the credit he’s due both financially and in recognition. All writers should for that matter.