Well, it’s Sunday. I usually will just post some nonsense on the weekends since there’s not a lot of “news” and we don’t post much… so I thought I’d post about this. As many of you may know, I’m working on my first feature comedy called “The Anniversary”. We’ve finished principle photography and last night we had our wrap party in Hollywood at the world famous Golden Apple Comics.

Anyway, most people in Hollywood are total douchebags, so it’s refreshing when someone comes along and does something legitimately nice. Kyle Newman, the director of Fanboys (a movie I hope you’ll all see when you get the chance) dropped into our wrap party and dropped this autographed poster off for me which was really nice of him to do. How cool is that? 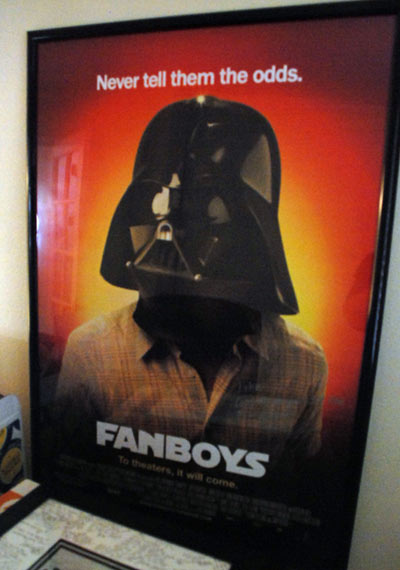 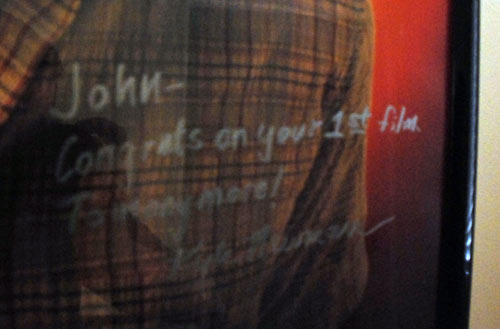