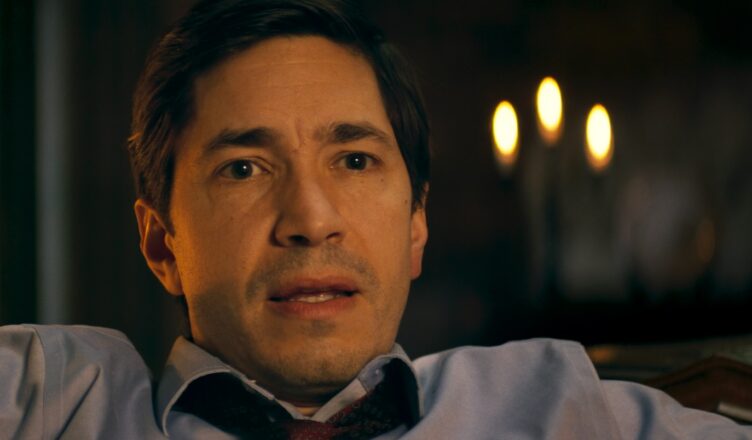 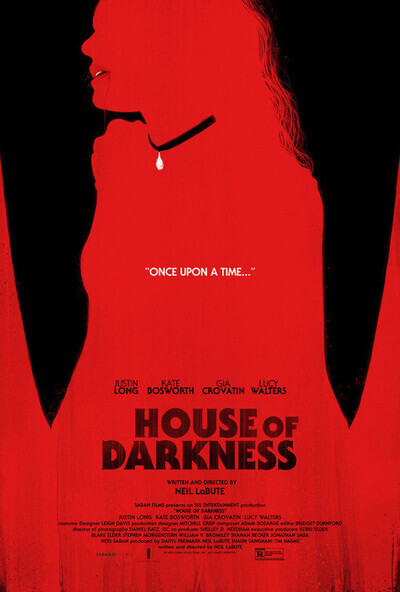 House of Darkness centers around a couple who just met and are about to hook up. Justin Long stars alongside Kate Bosworth in this sexy thriller, directed by Neil LaBute (‘The Wicker Man’, ‘In the Comply of Men’,  and the ‘Shape of Things’). The story brings these two characters, Hal and Mira, coming back from a bar and as luck would have it,  one scores a night they never wanted.

First, I was struck by the amazing score by Adam Bosage. The music is absolutely perfect from the start. It glides you into the first scene with a single piano composition. I was already in!  This film gives viewers a feeling of classic gothic horror with a modern twist. It takes you a while to figure out what era it is set in because it starts with a car scene and displays of modern tech, such as a mobile device that Justin’s character uses to call his friend to brag about his soon-to-be seductive drunken escapade.

Waiting on what seems like an eternity for this chick to bring him a nightcap of Makers Mark, Hal hears weird sounds coming from the opposite end of the house. Mira finally returns and Hal drinks more, he becomes more delirious as time passes. (I mean Makers Mark, amirite!? ) Shit gets even more strange as Hal meets Mira’s sister and as he gets belligerent he decides to proposition the sisters. We are just getting started at this point. My dude realizes this is not a good idea…

Overall, this was a predictable but fun storyline. The cinematography was pretty dope with the underworld scene as Hal drifts off into a drunken nightmare. The plot gave me a little ‘Anne Rice’ vibe and I wasn’t mad at it. I do think the characters could have been developed a little bit more. We meet the sisters and really don’t have much to go by except that they are rich and freaky apparently. I think it’s worth watching at a matinee on a rainy Autumn day. Maybe catch it at the Alamo and order a Maker’s Mark straight no chaser!

Check out the trailer and movie at a theater near you!