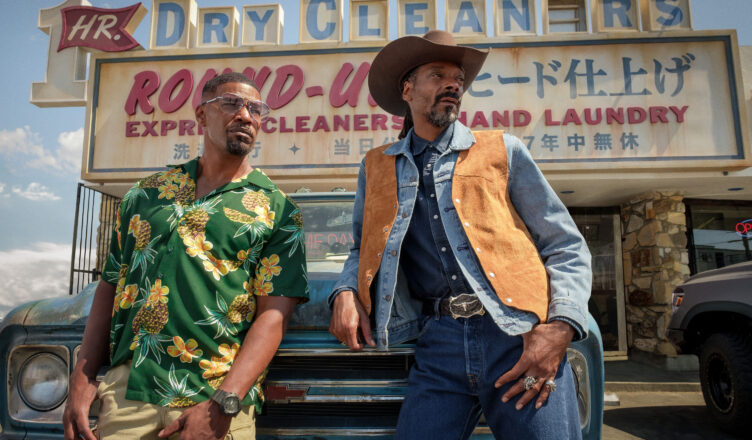 Day Shift is the new Netflix film where Jamie Foxx stars as a hard-working blue-collar dad who just wants to provide a good life for his quick-witted daughter, but his mundane San Fernando Valley pool cleaning job is a front for his real source of income, hunting and killing vampires as part of an international Union of vampire hunters.

The movie is downright funny. Day Shift doesn’t take itself too seriously and there are a lot of opportunities for the cast to have fun. Some people may get turned off by how corny the movie is but I enjoy this kind of fun. This is a movie where people hunt Vampires like Bounty Hunters, collecting teeth for cash. The movie is, at times, predictable but if you invest yourself into the film at that point then it will be a good thing! You want to see Jamie’s character Bud take down a room full of Vampires like Blade. So when the scene presents itself, it’s more than welcome.

The casting is good with Jamie Foxx leading Snoop Dogg, Dave Franco, Karla Souza, and Meagan Good. Everyone seems to have pretty good chemistry and it comes off really well in the film. I like when you can tell the cast is having fun while filming because that adds to my fun while watching them and Day Shift looked like it was a helluva lot of fun to film. There are a couple of fun cameos from other actors too including Peter Stormare, Scott Adkins, and an MCU-level jacked Steve Howey. There is a good amount of action to match the comedy in this movie. It’s fun because everyone will get a nice moment in the film where they get to show off some cool action movie skills. The action scenes themselves are surprisingly fun to watch and are a bit better than expected. Smart writing elevates some of the action by using callbacks to earlier scenes. 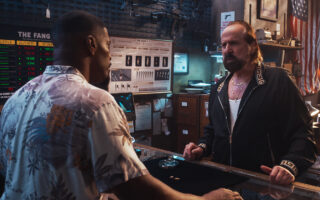 Day Shift feels like a long movie. Clocking in at just under 2 hours there are moments when you want the film to wrap things up. You especially notice this with the slow pacing in the 2nd and 3rd acts.  Dave Franco’s character Seth goes through a good amount of development in this film but it’s not quick. There are scenes that seem devoted to his character’s growth that just needlessly take the attention off of Bud and his mission to save his family. Seth is an interesting enough character but he gets annoying when it feels like he’s getting in the way of the movie. I would have liked to see Snoop Dogg’s Big John paired with Bud a bit more than Seth. In fact, Snoop Dogg is not in the movie as much as I’d hoped. Big John does play an important role in Day Shift but the film is, for all purposes, a buddy film with Bud and Seth.

This is a fun movie to stream on Netflix and is a welcome addition to the corny zombie genre. It’s one of those movies you don’t mind putting on in the background but end up paying more attention than you intended. It’s a bit longer than I’d like but definitely fun enough to recommend.