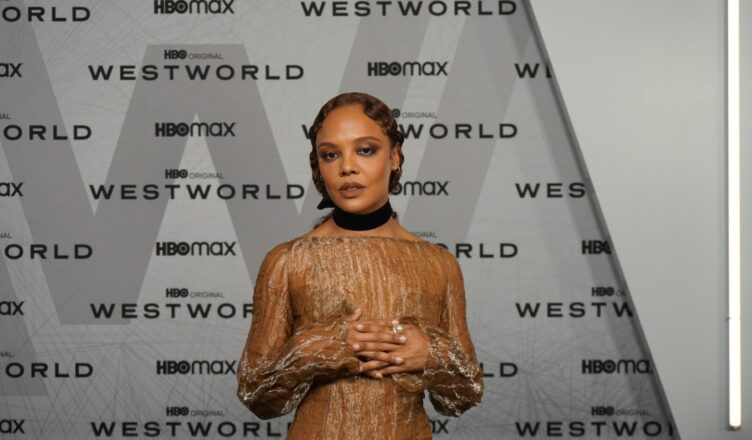 Westworld is making its return to HBO and HBOMax. HBO hosted a star-studded premiere at Lincoln Center in NYC to celebrate the return of the beloved show. At the Westworld Season 4 premiere, we were able to speak with producer/director Richard J. Lewis. While speaking with the director we discussed the pressure to meet fan expectations and more:

Angela Sarafyan Heats up the Carpet

A special treat for this longtime Buffy The Vampire Slayer fan was to meet Angela Sarafyan! Angela spoke with us on the red carpet and we got to discuss what it’s like to get into character as Clementine this time around:

Jeffrey Wright and Luke Hemsworth spoke with us about Westworld season 4. Bernard and Ashley are going on a bit of a buddy road trip this season. Both actors are incredibly excited and share what we will see from their characters in Season 4.

Aurora Perrineau and her Famous Dad

Aurora Perrineau is a newcomer to Westworld. While at the premiere we spoke with Aurora about joining this cast of talented actors and franchise. We also discuss if her famous dad offers any advice on the HBO fandom and what she can expect.

The Return of The Man in Black

We thankfully got to speak with Ed Harris at the premiere! Ed shared his excitement for the return of the Man in Black.