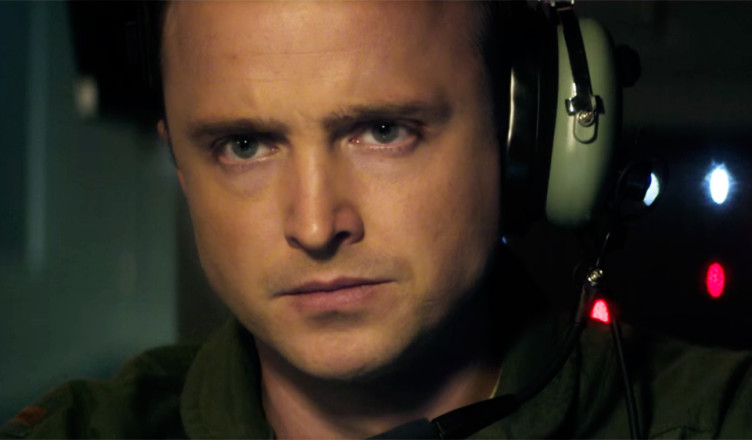 Synopsis: Col. Katherine Powell, a military officer in command of an operation to capture terrorists in Kenya, sees her mission escalate when a girl enters the kill zone triggering an international dispute over the implications of modern warfare.

Director Gavin Hood is onto something with Eye in the Sky. Frequently we are subjected to war themed movies that are all about blowups and carnage, seldom do we get an inside look on the technical aspect and decision making of war. This film offers exactly that. Military heads and government officials are at a squabble over the decision to strike upon a spotted group of bomb carrying terrorists. Easy decision, right? Not so much, there is an innocent bystander, a child, that’s at the center of the strike. Colonel Katherine Powell (Helen Mirren) is faced with the decision to eliminate the target enemy or preserve the innocent civilian’s life.

Hood and writer Guy Hibbert present constant narratives of thought provoking moral questions that are layered like dominoes. The main thing this film accomplishes is it makes you think and consider what is right and what is wrong, and the fine line between both. One question arises after another. Is one innocent life lost worth potentially preserving many others? Do you take out the enemy at any given cost? Is an innocent life lost too much of a casualty to base a probability on? These and so many more questions are presented, and ultimately play out during the course of the movie.

The tactical aspect that the film presents feels like a war PC game. It’s fairly set in real-time, there isn’t any moving forward or lapse of time, I appreciated that aspect of the film. While most war films are set somewhere in the Middle East, the focus in the film is on Kenya. A volitive region that doesn’t get as much focus in the media as the Middle East. The military drones used are a cool new-age military weapon that I haven’t known about or seen in a film yet. Basically it’s size and looks very much resemble a flying insect. The interaction and lack of decision making between US and British government officials is both comical and frustrating. Seems completely plausible that these conversations of decision deferral occur on a regular basis.

There is a strong cast that’s somewhat surprisingly arranged. Helen Mirren plays Colonel Powell, a strong and authoritative figure who is revered by her subordinates. In his final role Alan Rickman is the straight faced Lt. General Frank Benson, his deadpan comedic charm makes him a joy to watch. Aaron Paul does really nice work as Steve Watts, the man who literally holds his hand on the trigger on all at stake. Early on in the film Paul’s character explains to a new recruit that he joined the military due to the guaranteed income, he just seems like a regular guy that has a very stressful job. All these stereotypically tough characters are very humanized in the film.

If you give this film a chance you will enjoy it a lot more than if you judge it on the surface. This film has a real-time pacing to it, which in turn leads to slow moments in the plot. This is a slow-paced film. There is more action that goes on from the dialogue than actual guns firing off or any explosions happening. At times you expect something more or unforeseen to happen, but it doesn’t. Impatient people be warned. The approached perspective to the film will determine the enjoyment factor of it.

Eye in the Sky is a tactical and politically narrated film that fuels outside discussion. In a way this this is a intelligent war film that gives you an inside look into the meetings and decision making process that lead up to all the explosive action. It seems that the filmmakers put in a lot of time and did their due diligence to bring an honest and behind-the-scenes look at a military operation, including all the politics that go behind a single act. I found this film to be intense in a less than in-your-face approach. The ending justified properly, instead of it going for the Hollywood copout route. The movie has subtle moments that are tension packed, but they are best seen through the actions of the characters. A war thriller that’s thrilling away from the battlefield.