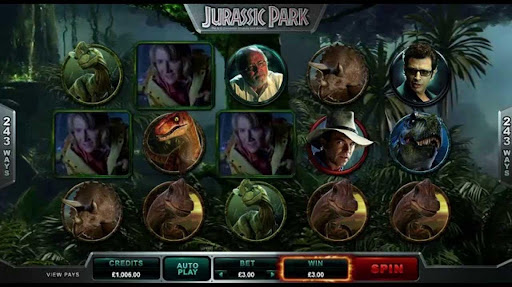 In 2020, online gaming was worth $21.1 billion, twenty percent more than it was the previous year. With more than 1.3 billion people expected to be playing online by 2025, this number is predicted to rise.

This incredible figure represents all online gaming, from online casino and bingo to arcade and eSports. A huge sector of this ever-growing market, particularly when it comes to mobile gaming, is online slots.

Early slot games adopted a classic style based on the original “fruit machine” games ubiquitous for years in many countries. The online slots we see today are built on the same basic premise but have developed in every way imaginable.

Today, innovative providers such as Monopoly Casino have taken online slots to a whole new level. As the choice of games has grown, so has their popularity, which has risen to phenomenal levels in recent years.

One popular enhancement has been to theme slot games around popular movies of the last 50 or more years. By aligning slot games with popular movies, providers have widened the appeal to previously untapped markets.

What are some of the most popular movie themed slots?

Everyone’s taste in movies is different so, in turn, there are a wide range of movies reflected in online slots. Here are some of the most popular examples of movie themed slots available to play today. 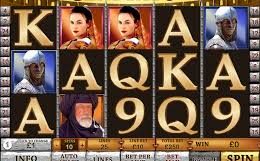 Ridley Scott and Russell Crowe’s ancient Roman epic movie about war, slavery, and honour has become an enduring modern classic. It’s no surprise then, that it also represents one of the most popular online slot collaborations available.

Playtech’s slot offers 25 pay lines, 5 reels, and a progressive jackpot that is also earning itself legendary status. The bonus of being an online Gladiator is that you are not battling for survival, just to win big.

A Nightmare on Elm Street 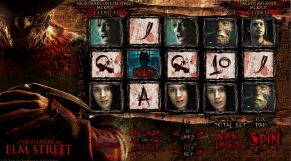 With Johnny Depp in the news more than ever, it seems right his first movie has inspired a classic slot. There’s no danger of falling asleep and becoming a victim to Freddy after you log in to play this game.

First released in 2012, A Nightmare on Elm Street has topped popularity lists for the last decade. Players can enjoy great themed gameplay enhanced by an attractive progressive jackpot. 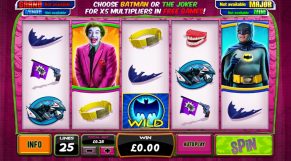 Marvel might be the kings of the comic wars, but few characters are revisited with as much fervour as Batman. Christopher Nolan’s 2005 adaptation, Batman Begins, is considered by many to be a masterpiece of the franchise. 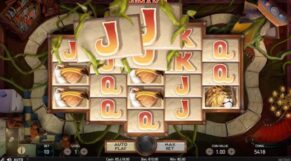 NetEnt launched its tribute to the fantasy movie in 2018 for fans to enjoy. 5 reels, 36 payment lines, big win possibilities, and featured characters greet every player to choose this game.

What are the latest game recommendations?

While some games have established their popularity over many years, there are always new kids on the block. Some of the most epic movie themed games can be found on Monopoly Casino, here are four of the best.

The Mars Attacks! slot features 5 reels, 20 lines with reel modifiers, wilds, free spins, and a feature bonus. It’s highly recommended due to its offering of an incredible roster of bonuses to match the movie’s incredible ensemble cast.

Everyone loves dinosaurs, or at least that’s the impression given by the unbelievable success of the Jurassic Park franchise. Now six full-length movies in, these prehistoric blockbusters are somehow even more popular in 2022 than when first conceived in 1993.

248,832 pay lines, exploding symbols, and ghost symbols make Beetlejuice Megaways as chaotic as the original movie. With a 96.00% RTP and rumours of an incoming long-awaited sequel, this game can only grow in popularity.

One of the highlights of 2020 was the release of the first new Bill & Ted movie for almost 30 years. Now fans can recreate the unforgettable moments of the original 1989 movie during their online slot experience.

Just as the eponymous heroes had to, players must collect historical figures in order to win big. This game also has a 96.49% RTP and a top-level jackpot starting value of £2000.

These are just a few of the best movie themed online slots available and recommended today. New options are released every day and there really is something for every taste.

If you don’t like movies, that’s OK too. Music and TV themes are also available, and those good old-fashioned “fruit machines” are going nowhere.

Whatever your taste, the best way to find your favourite game is to get online and start trying the options. However, this list of the most popular and recommended games isn’t a bad place to start,