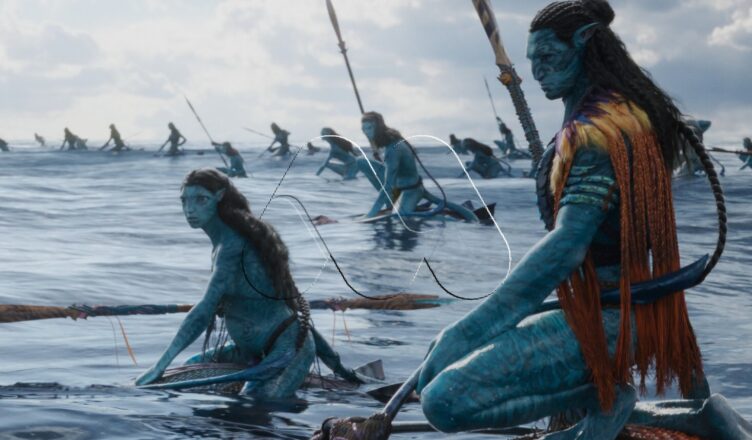 James Cameron is releasing his follow-up to his groundbreaking film this December! We are getting news and our First Look at Avatar: The Way of Water from CinemaCon. While we can’t  yet post any footage from the movie online we do have the following images:

This movie looks beautiful. I can’t believe the level of detail we’re seeing in the first look at Avatar in these characters and environments! Water had been a notoriously challenging thing to animate for effects studios. I can’t believe what I’m seeing with the rendering of underwater light in this shot. It looks gorgeous and I also have to remind myself that this will be a 3D release from the company that innovated that technology too.

I really get excited about a James Cameron release. James Cameron is still the director of a few of the highest-earning films of all time. There’s a reason that Shazam: Fury of The gods recently changed its release date and other movies might do the same. James Cameron took time to explore and develop technology for deep-sea exploration. He even has a documentary about his research called Deepsea Challenge that you can watch online.

Anway, that’s all I have for this one.