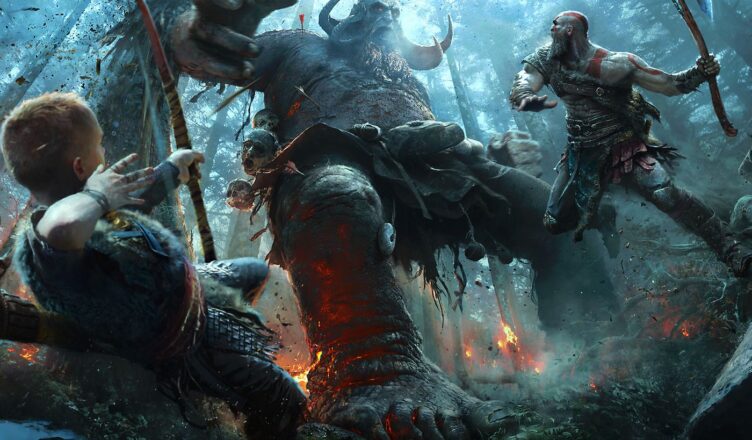 God of War is a hit franchise for Sony and their Playstation and has been for years. Sony has been on the fence with adapting this franchise for years and years but this new news is promising after the success of Uncharted. We’re learning from Deadline that a TV series adaptation is in the works from The Expanse creators Mark Fergus and Hawk Ostby.

This would mark the latest big deal for a TV series based on a popular video game title in a red-hot streaming marketplace for gaming IP. Peacock just landed another SPT/PlayStation property, Twisted Metal, with a series order and Anthony Mackie starring. HBO has coming up the high-profile PlayStation game-based series The Last of Us, starring Pedro Pascal and Bella Ramsey. Netflix has a Resident Evil TV series in the works, while Paramount+ is about to debut Halo.

Amazon Studios has been particularly aggressive in the arena. It has Killer Films’ upcoming TV series Fallout, starring Walton Goggins; it is developing a Mass Effect series adaptation; and just closed a first-look deal with dj2 Entertainment to develop TV series based on gaming IP.

The God of War franchise from Sony’s Santa Monica Studio spans a total of seven games across four PlayStation consoles. The action game series launched in 2005 on the PlayStation 2, with the first God of War. At the center is ex-Spartan warrior Kratos and his perilous journey to exact revenge on the Ares, the Greek God of War, after killing his loved ones under the deity’s influence. After becoming the ruthless God of War himself, Kratos finds himself constantly looking for a chance to change his fate.

This is certainly a lot of Video Game IP in the works. I remember playing the first few God of War games and they seemed like they were written as a movie. The story of Kratos exacting his revenge against all of the Gods in Olympus is interesting. It sort of reminds me of Marvel’s upcoming Thor movie but this can be so much better in a long form narrative.