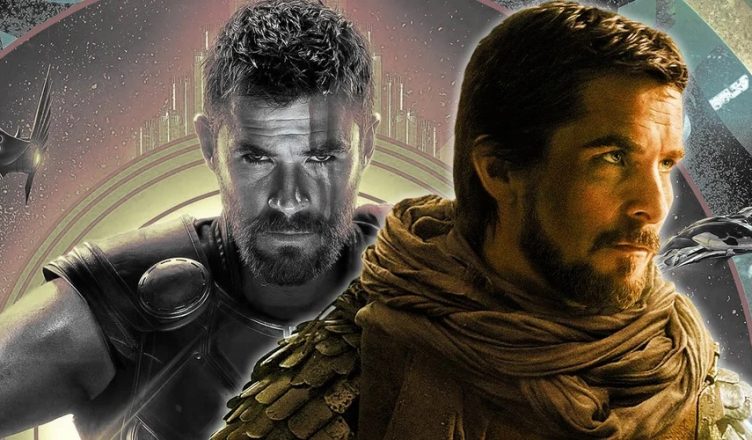 Thor Love and Thunder is scheduled to release in theaters next year with Natalie Portman returning to the franchise to play Thor Goddess of Thunder. If that weren’t exciting enough then you might remember when Christian Bale set the internet on fire with the news that he was in negotiations for a role. Most folks speculated he would play Beta Ray Bill, (which I think would be a waste of talent), but now rumors are circulating the web that he’ll play a villain instead:

The Illuminerdi is reporting Bale (who hasn’t officially closed his deal yet) is playing the main villain in Thor: Love & Thunder. They’ve further learned his character is from an alien species and described as “otherworldly”, which seems to rule out the possibility of him playing Dario Agger, assuming this news is accurate.

Darrio Agger would be a much much better role for Bale and he could easily portray the corporate sleaseball that has the uncanny ability to turn into a minotaur. Take this as a grain of sale as I can’t vouch for the source but it would be very exciting to see Thor take on Roxxon in the MCU.

The other rumor is that he could possibly portray Gorr the God Butcher which would be absolutely DIVINE. Gorr is by far one of the most interesting villains in the Thor mythos since Mangog and would fit nicely into the whole thing with Sony and the MCU trying to play nice and join their cinematic universes.

Oooh ooh! One more! He could also play the best baddie of them all right now… Knull!