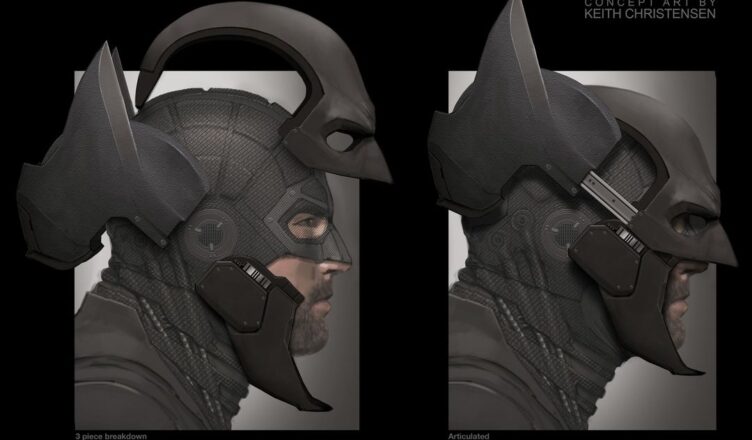 A few years ago Warner Bros has plans for a Ben Affleck led Batman movie spinning out of the success of Batman V. Superman. Fans were initially mixed about the news of the new mature take we were getting from our caped crusader. A few years later we’re enjoying the success of Matt Reeves’ The Batman which is a very different movie than what Affleck proposed. We’re now getting our first glimpse into the concept art that was created for the Ben Affleck version of the movie and it’s kinda hot!

These are some really cool looking designs for Batman. I appreciate this images a lot more now that I know the plot for Ben Affleck’s Batman. I really like the look and complexity of the designs showing us just much thought they put into his costume. The look for the mask really catches my eye because we see how the mask is made up of multiple pieces that combine into Batman’s iconic silhouette.

What do you think of the look?