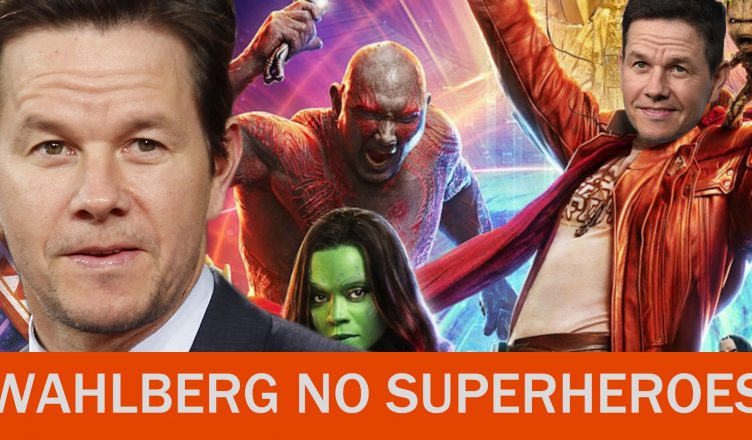 Mark Wahlberg is breaking my heart a little. As a huge fan of comic books I’ve been a part of my favorite fan casting debate here and there since the days of Wizard magazine in the 90’s. Some of you guys remember Wizard magazine and their fan casting feature. As a kid I couldn’t help but imagine some of my favorite actors and actresses portraying my favorite comic book characters in film and television. When superhero movies became more commonplace I sorta assumed that this may make it possible for some of my favorite A-listers to appear in these movies and make my fan castings a reality. Sadly, that hasn’t happened very often with most A-listers choosing not to participate in the superhero films all together.

One A-lister has finally decided to comment with Mark Wahlberg touching on the topic with film site Cinapop:

I like them enough, I’m not one of those purists who is like ‘Oh this is not cinema.’ I think the audiences decide and obviously they [superhero movies] have been wildly successful, Wahlberg tells Cine Pop. “It’s just that for me, personally, as an actor, I would have a really hard time walking out of my trailer with a cape on, and a spandex suit.”

It’s cool to hear from Wahlberg that the super hero costumes are the deal breaker for him. He goes on to talk about how he was interested in making the 6 billion dollar man, I guess in comparison to a super powered person, and how he could do something that was a bit more realistic and believable without him feeling silly. I’ve seen quite a few of Mark Wahlbergs movies from Boogie Nights to Pain and Gain to Ted. It’s clear to me that Wahlberg is okay with movies that are silly but his particular issue is with him is if he thinks he looks silly.

Now this isn’t something that is completely surprising because actors who have taken on these roles have spoken to the press about their difficulties wearing super hero costumes. It’s just disappointing and I know I’m not the only one that always imagined a Tom Cruise Iron Man and a Brad Pitt Captain America in the 90’s.

I guess I kind of understand. If I were an accomplished actor sitting at home watching some of the things that happens in these movies or if I had like a group text with actors telling stories word of mouth about the experience, I would probably hesitate too. For what it’s worth I thought Wahlberg would have made a great Richard Ryder and could have had a lot of chemistry with the Guardians of the Galaxy cast.